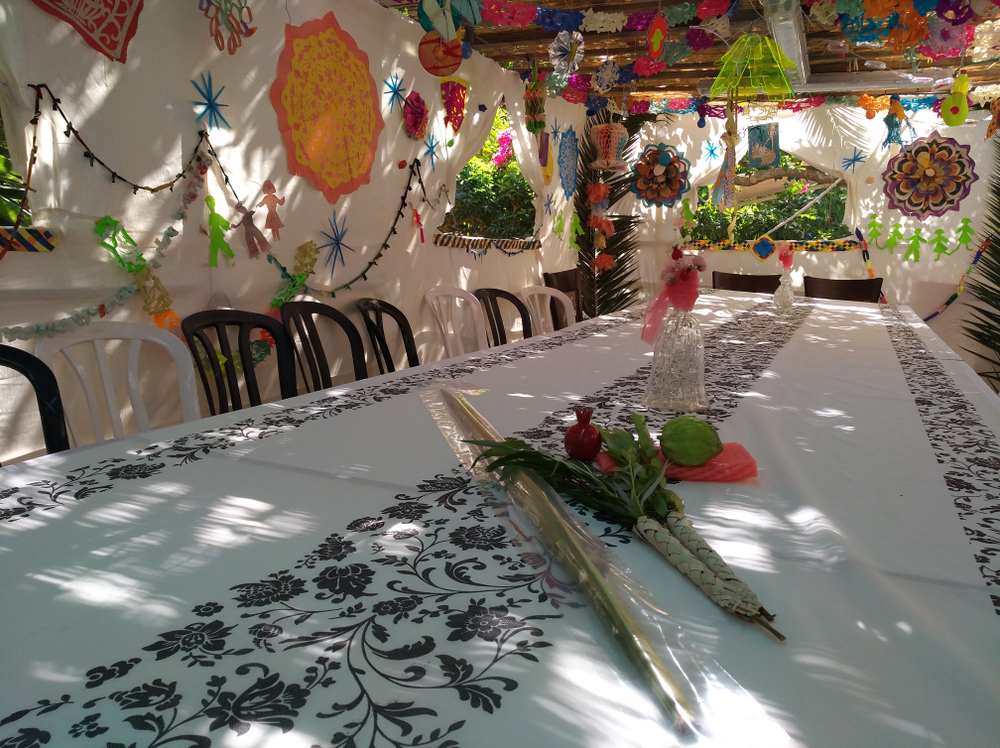 Here is a story of a personal miracle with R’ Shimon Baadani A”H.

My father-in-law, David Darwich, was very close to R’ Baadani. R’ Baadani would come to visit my father-in-law on the holidays. Every Sukkot Hol Hamoed, the family members would get together to greet the Rabbi in my father in law’s Sukkah and to receive a blessing. At the time, my sister-in-law, was not having shidduchim suggested to her. Probably because people saw that the older sister, my wife, married an American boy, me, they figured that the second daughter, as well, who also grew up abroad and did Aliyah only as a teenager, wanted a shidduch from abroad, and not the typical Israeli boy. Being that I was married to the older sister, I was very involved, for a full year, in trying to find her shidduch, but nothing was coming up.  She asked her father if the Rabbi could bless her to find her shidduch.

The Rabbi asked, “Who decorated this beautiful Succah?” My father-in-law said that it was this daughter, who was waiting for her shidduch. The Rabbi blessed her, saying, “Decorating the Sukkah is a Segulah to get married/have children. I bless you that you will find your Hattan within the year.” Of course, we were all excited to hear that.

The year almost passed, and nothing happened. Not one single guy dated her, and her friends were all getting married before her, one by one.

It was getting close to summer break, and I was going to fly in to New Jersey to spend a month of the summer with my parents. R’ Baadani told my father-in-law that it might be a good idea for her to fly to America with us and join us on our visit, to stay at my parents’ house. “Something might happen. She might see someone, or someone may see her.” It sounded pretty bizarre. But the Rabbi said, so we listened.

When in New Jersey, I approached shadchanim, but they said that it is hard to find a boy from the Syrian community who would want to marry a girl that lives in Israel. The Syrian community is very close knit: many want their married children to stay close by – close to home.  They prefer a local shidduch. Shadchanim felt it was a waste of time even to meet her, telling me that there were so many local girls who were not finding their shidduch here.  They felt that they should help those local girls before making an effort to find a boy for my sister-in-law from Israel, who wanted to live in Israel.

I felt awkward getting so many no’s, not even getting one meeting. It wasn’t easy getting no after no, while I was on my own vacation, spending time with my own family, in New Jersey. We tried to make the best of the trip, to be distracted by going around touring and shopping, which my sister-in-law enjoyed… But nothing was happening for her, regarding her shidduch.

A few nights before flying back to Israel, my younger sister, who is a hairdresser, who at the time was also waiting for her shidduch to come from who-knows-where, said to me, “Yosef, there is a wedding tonight in town. I know that you know the people, even though you are not so close to them. I know that you were not invited. But you should go over there, stop by, show your face, with your wife and sister-in-law,… you might meet someone. It’s a long shot, but its minimum Hishtadlut, once you are already here!”

I felt awkward coming to a wedding that I was not invited to, and even more awkward, bringing my wife and sister-in-law who were also not invited. As I knew the Hattan as a really nice guy, I was sure that if he knew I was in town, he would be happy if I would just show up at his wedding, especially if we would not sit down or eat anything. We would just show up, and wish a Mazal Tov. My wife thought it sounded crazy. My sister-in-law was, by this time, more than just confused. All these things together – being at my parents’ house, going, uninvited to a wedding, was just, so not her. Not exactly sure if this whole thing made any sense, even as hishtadlut… But R’ Baadani said we should try all this for my sister-in-law, so we were trying. Or, more precisely, I was trying.

We showed up at the wedding, uninvited, the three of us. It was definitely awkward. I tried so hard to be the best son-in-law I could be, going over to people that were connected to people, asking if they had any ideas for my sister-in-law.

As we drove back to my parents’ house, I apologized to my sister-in-law, saying I know this whole thing is just to listen to the Rabbi. The tickets were not cheap, the efforts were a lot for me, and as much as I tried to make her feel at ease at my parent’s house, this whole thing was simply awkward, and we were flying back to Israel two days later, with no results. All because of what R’ Baadani told my father-in-law.

We came back to Israel, exhausted. I felt that I was the only one in a position to help her, as I was the only connection for this sister-in-law to a boy from abroad. And everything I tried got us nowhere. Almost two years of trying.

I returned back to learn for the Elul zman. One day, in Asseret Yemei Teshuva, I was not feeling that great. I came back home, plopped down on the couch and opened a Sefer. The first words I saw when I opened the Sefer were from the Rebbe from Pashische. “You have to look at your Yetzer Hara, as if he is standing above you with a sword in his hand, ready to chop if your head. If you can’t view the Yetzer Hara like this, it means, he already chopped off your head!”

Wow! Maybe I was not that sick. Maybe it was my Yetzer Hara. I went back to yeshiva.

As I walked in the door to the Yeshiva, in walks an old Chavruta (study partner) who went back to US and got married, but just came to visit Israel for Sukkot, with his wife. He was happy to see me, and I told him I just got back from the states, myself, and I mentioned a little about my trip. He said he was learning in BMG, the Yeshiva of Lakewood. I asked him if he knows of any boys for my sister-in-law. He mentioned, yes, that there is a boy. I said, it is so funny, that you mention that name. That boy is the brother of the one whose wedding we went to, the wedding that I brought my sister-in-law to.

I had brought up the name of my sister-in-law to him already, while he was learning in Israel, but he turned it down, then, saying that he preferred a girl from the community. But the Chavruta said, I know that, but he has been dating in US, for a while, and still nothing worked out for him. I think he will be coming to Israel to visit for Sukkot and taking a break from dating. Maybe he will be willing to give your sister-in-law a try.

The boy came to Israel for Sukkot. He said he would try dating her. He told her that he felt that he wanted someone from the community, someone from nearby. She told him, it is so funny – I was at your brother’s wedding. He was shocked! He told his parents, and they looked for her in the pictures according to what she said that she wore, and this made the boy feel that my sister-in-law is not just an Israeli girl from Israel. She was actually at his brother’s wedding! Within a short time, they were engaged and married.

I felt that I gave my Neshama for this sister in law. When a person dies, one of the questions they ask in the Heavenly Courts, is עסקת בפריה ורביה, did you busy yourself with being fruitful. The word עסקת , means busy yourself, because it is not that they will ask you if you had children. They will ask you, Did you try to make a shidduch? Did you deal with making a marriage, did you help build a family?(Shabbat 31a; see Maharasha)

Some of my friends and family, commented, that maybe I was trying too hard to help my sister-in-law, doing too much hishtadlut. I answered, I don’t know. But if R’ Baadani said to do something, I know that I can rely on him, that this is the proper hishtadlut! And he was right on time! Exactly Sukkot, a year later, and exactly to be in NJ, for the wedding of the brother of her Hatan!

← THE ART OF THE SLOW MESSAGETHE ART OF PHYSIOLOGY OVER PSYCHOLOGY →