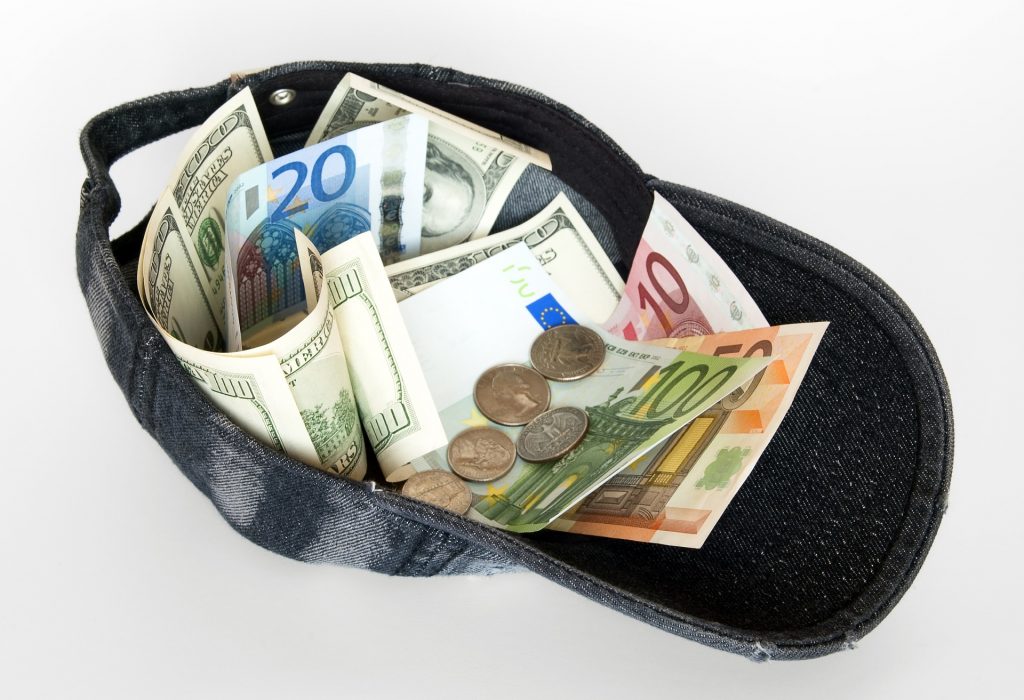 There was a great man I remember from my childhood, Jack Adjmi, of blessed memory. He was my best friend’s grandpa.  He gave substantial amounts of charity to the shuls I grew up in. I remember how, when eulogizing him, one of his sons quoted his father, using a statement I can’t get out of my memory: “If you want to pray, you have to pay”. I assumed that what he meant was that if you want to pray, you need to donate money to the shuls you are praying in. Otherwise, the shuls can’t pay their bills.

But this week, I learnt that there is a deeper meaning to his words. If you want to pray, if you want to see G-d, you need to give tzeddakah. When a person gives a coin of tzeddaka to a poor person, he merits seeing the Shechina. Rebbi Elazar would first give a coin of tzeddakah to the poor, and only then pray, as it says in Tehillim, אני בצדק אחזה פניך (B Batra 10a). And the Talmud compares giving tzeddaka to giving a present to a king, saying how much greater it is to give tzeddakah. Because when you give a present to a king, no matter how big the present, he can decide if he wants to see you or not. But when you give tzeddakah, no matter how small, you will certainly meet the King. Even if you are not worthy, G-d will accept your giving tzedakka, no matter how low you may have fallen. Even Nebuchadnezar, one of the biggest reshaim ever, was advised by Daniel to give tzeddaka, as a good deed that would help him to attain G-d’s grace. (Also see Sanhedrin 104b,105a)

This is why the Shulchan Aruch (92;10) writes that it is good to give tzeddaka before prayers. And the commentaries mention that the custom is to give during Vayebarech David, when saying והעושר והכבוד לפניך ואתה מושל בכל . This is why we stand during Vayebarech David, because it is the time that we give tzeddakah (Arizal) (see Yalkut Yosef Tefillah 92 ; 6 footnote).

It seems that giving tzeddakah, being generous, tapping into the altruism we all have inside of us, is a is a means for building our relationship with G-d. And, on the contrary, if a poor man asks you for tzeddakah because he needs food, and you do not give him even a minimal amount, that is like idol worship (Sheiltot D’Rabbi Achai, Terumah 63). What is the connection? Why is it that when someone gives tzeddakah, he gets a direct, personal meeting with G-d, and when he does not give tzeddaka, it is as if he is serving idols? Why is being altruistic a condition for being connected to G-d and serving Him?

The reason is that when you give Tzeddaka, you are showing that you believe in G-d. You believe that העושר והכבוד לפניך ואתה מושל בכל – that all the money and the honor in the world belong to You, G-d, and that You, G-d are in charge of everything. And if you hold on to your “hard-earned money”, and you can’t give a coin for a poor man’s bread, you do not believe that G-d provides you with money. You believe that your boss, business plan, family relative, or client brings you your money. It is almost as if you believe in these elements as sources of livelihood, more than you believe in G-d.

It is amazing that the founder of Emunah, Avraham Avinu, was known for his Chessed, more than anything else. He even asked G-d for permission to excuse himself to welcome guests. This is because Avraham saw the tzelem Elokim in people, so he perceived serving them as serving G-d. He saw that by doing Chessed, he was serving G-d.

It seems that the Parasha is highlighting this stark difference between the worldview of Avraham Avinu and the selfish, miserly, cruel people of Sedom.  While Avraham saw an opportunity to worship G-d in every act of kindness he did with people, the Sodomites were rabidly anti-chessed, to the point that it was against their principles to deal kindly with any person. We know that Lot’s wife, Irit, (see Baal Haturim 19; 26) turned into a pillar of salt for disobeying the angels’ request and looking back at the people of Sedom. Why salt? Because the people of Sedom found out about Lot’s having invited the “angel guests” through Irit. When the angels came, she went to the neighbors to ask to borrow salt. They asked her why she needed salt. “Didn’t you know how much salt you need for supper?” She said, “Yes, but I have guests that suddenly showed up”. She “spilled the beans” to the whole of Sedom, knocking on every door, asking for salt, and the whole city knew that Lot had transgressed their anti-chessed constitution. The Pesikta points to the words – ומצות אפה – and he baked Matzot. Only Lot prepared the Matza supper for the guests (as it was the night of Passover).  Irit did not even put salt on the table. So, she was punished by becoming a pillar of salt. Again, note the contrast. In Avraham’s house, everyone got involved in inviting the guests.

The K’li  Yakar asks why Irit got punished only later, when running away from Sedom with Lot, when she turned back to see what happened to her family. Why was she not punished right then and there, not only for not having invited the guests, but for having exposed her husband and the guests to the wrath of Sedom?

The answer is that when Lot left Sedom, he left with his hands on his head, and he could not take anything with him. Just his soul. המלט על נפשך (Yerushalmi Sanhedrin 10;8). The Kli Yakar makes a twist on the words of the passuk,  וַתַּבֵּ֥ט אִשְׁתּ֖וֹ מֵאַחֲרָ֑יו. The word מאחריו does not mean only that Irit looked behind Lot to see what was happening back home. It also means אחריו, after the end of Lot’s life. Lot’s wife looked at Lot’s end, worrying about her Ketubah, knowing that she was not going to have any of the wealth they once possessed, as her inheritance. The fact that at such a crucial time she was concerned about money, viewing it as her source of living; the fact that her central concern was the same as America’s greatest fear – the fear of retirement – her worrying about her ketubah at this time of judgment – joined together with her lack of giving tzeddakah to bring about her punishment. For the two are directly connected. Giving tzeddakah is an expression of the fact that you are not worried about how much you will be left with, which is a direct result of how much faith you have in G-d.

It is clear that doing chessed, giving tzeddakah, is a fundamental part of faith. Your constant giving charity is the litmus test for your degree of Emunah…

← IN THE MERIT OF EMUNAHAN 18 YEAR OLD SHAWARMA →