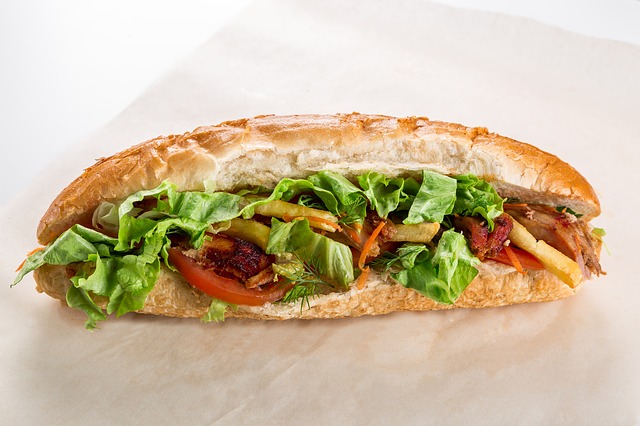 Coaching yeshiva students is my life’s passion. Usually, students fall out of “ben Torah performance” because of two factors: lack of academic achievement and lack of social blending. If one of these two is still in force, the academic or social factor, then the boy is somehow able to stay afloat. This being the case, I have invested a lot of time learning about social acceptance. And there are two types of students. Those who, when they come, people say to themselves, Wow! Baruch Hashem, he came! And those who, when they leave, people say, Wow! Baruch Hashem, he left! What is the difference between the two?

So many coaching sessions boil down to the question, “How do I get the guys to like me?”. Well, ancient Jewish wisdom teaches that if you want to be honored, honor others. This is the secret to being liked. Give, don’t take. This is such a pivotal thought. It is so simple that too often, we tend to forget it. Why?

The reason seems to be, because many times we focus on giving, but with ulterior motives. When Lavan heard what Rivka said about Eliezer, when he saw her jewelry, וירץ לבן אל האיש החוצה אל העין. Lavan went running outside towards the man, to the spring.  Why does it say, העין, the spring, and not באר the well, mentioned earlier(passuk 11)? The reason is because the word עין also means eye. All of Lavan’s efforts to make room at home for Eliezer were for the sake of finding a way, looking how to get money from him. (Lekah Tov ) His name was ,לבן, white, because after the meal any guest that ate by him, Lavan would ask afterwards for payment, and make the guest’s face turn white. At his own daughter’s wedding, he did not return the coats to his guests, until they paid for their portion. (Hemdat Hayamim)

If you want to get people to like you, you need to have a giving mindset, no strings attached. If you are approaching a situation with another person, or persons, and you come looking to receive attention, affection, appreciation, or any other benefit, even if it is down the road, then you fall under the category of a taker; and if you abuse your ability and/or right to take, people get sick of you. Allow me to mention two people that I love very much, until today, and everyone I know that knows them, loves them. And this story will tell you why.

I remember, 18 years ago, when I first came to Mikdash Melech in Bayit Vegan, a few days before the z’man started, Rabbi Rafael Ashkenazi, (then nicknamed Ryan Ash) greeted me in the empty building, right when I came in from the airport. He greeted me with a smile, and before I could say “Who…”, he took my two heavy suitcases up three flights to the room he thought was mine. When I finally caught up to him, I told him, no, I was told that I am not in that shiur. I was told my Rebbi will be Rabbi Lamet. He said, “Wow! Chashuv!” And without blinking an eye, took my two suitcases down two flights, to that part of the dorm. Then, Rabbi “Gil” Attar saw me, and said, within the first minute of meeting me, “Can I have the honor of taking you out and buying you your very first shawarma? You can’t turn down such an offer; it’s on the house!” I can never forget the acts of kindness they both did for me. It’s already eighteen years later, and the memory is so fresh in my mind. There is so much chessed we can do, if we just get into that mindset.  Become a giver. It is not an action, it is a mindset. You either have it, or you don’t. If you don’t, it takes time and effort to acquire it.

Some people have the feeling that they are being used. Of worrying that if they focus on how to give in their relationships, they will not get what they need. This is where Emunah kicks in. If you have Emunah, if you know that Hashem is going to provide whatever you need, that Hashem gives you attention, appreciation, and affection, financial aid, honor and help, and if you understand that you do not need to take from the other person in the relationship, you will find favor in their eyes, and you will be perceived as a giver. Because if you believe you have everything you need, and trust that Hashem is taking care of you, you are not worried about giving without getting. People who are loved by all are givers. Of course, we all need to take from some people, some time in our life. But the focus is always on being the one who is ready to give, not to be the one who is looking to take. So the first issue that I work on in social performance is the desire to contribute, to give.  The more your mindset is one of giving, the more people will be drawn to you. You will not become well-liked by the people in your life just because you “exist”. You will become liked because you have something to offer in the relationship.

The Orchot Tzaddikim lists what you need, in order to be appreciated by people. And the main focus of all the list is to help others as much as you can, with your soul and your money. This includes, 1. Lending (safely) 2. Giving presents (even to the rich) 3. Helping  4. Forgiving 5. Behaving with honesty 6. Giving of your time, patience and/or empathy 7. Not being a taker 8. Speaking calmly 9. Not revenging your disgrace, or mistakes of others 10. Being responsible for others 11. Not expecting others to be responsible for you 12. Not being argumentative. 13. Greeting people with a pleasant face, showing that you are happy to see them 14. Caring and sincerely asking others how they are doing 15. Offering consolation to others for their frustrations and fears 16. Keeping confidential matters to yourself 17. Not speaking badly about others 18. Judging favorably 19. Not being haughty, and  20. Do whatever you do, with intention of serving G-d. (Orchot Tzaddikim; Ahava;ובאיזה דרך )

I have not met anyone who keeps all these 20 and still feels that he/she is not appreciated, loved, or respected. No one really cares for you because you have money, good looks, or strength. They might want your money, looks or strength, but they do not care for you because of what you have. People care for you if you are a giver.

When Eliezer was searching for the most suitable mate for his master’s son, it made no impression on him that Rivka was the best-looking girl “on the market”. והנער(ה) טבת מראה מאד . He did not care that she did not need to bend down in order to draw water. All he cared about was that she was a giver. Even Yitzhak was happy with Rivka only when he saw that she had the giving character of his mother, Sarah. And that was despite all the miracles that Eliezer said happened on the way.

The Seforno points to an interesting question. Why did Eliezer wait for Rivka to finish giving all the water in the bucket to the camel, before giving her the jewelry and making the proposal? Once Rivka offered to give water to both Eliezer and all of his camels, didn’t she fit the bill? A match made by Heaven? What was Eliezer waiting for?

The Seforno answers, he wanted to see if Rivka would ask for any sort of payment for her good deeds. He wanted to see if, perhaps, she was looking for a compliment. But after finishing, Rivka turned around and started out on her way home. That was when Eliezer went running after her!! When she was a total giver, without expecting anything in return!