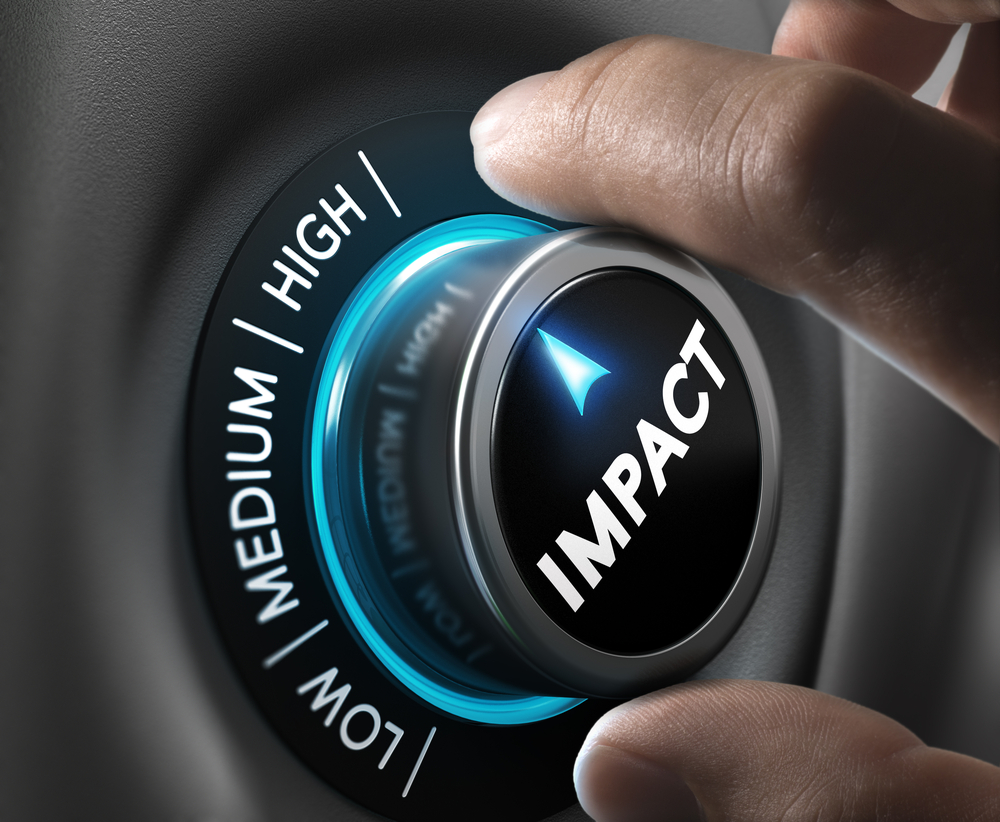 There are three judgements all souls need to go through by the Heavenly court. 1. Rosh Hashana. 2.When one dies. 3. And at the resurrection of the dead. (Ramban Shaar Hagmul)

When King Shaul brought the soul of the prophet, Shmuel, down to earth to ask about his fate and the upcoming war, Shmuel’s soul was trembling so much, it brought Moshe along, as a kind of attorney.  Shmuel was afraid of the judgement of the End of Days, of the resurrection of the dead. Why did Shmuel fear Judgment at the End of Days, at the resurrection?  Upon his death, he had been judged and G-d ruled that he was equal to Moshe and Aharon, together! מֹ֮שֶׁ֤ה וְאַהֲרֹ֨ן׀ בְּֽכֹהֲנָ֗יו וּ֭שְׁמוּאֵל בְּקֹרְאֵ֣י שְׁמ֑וֹ  (Tehillim 99)

The Ramchal answers that in the final judgement at the resurrection of the dead, G-d will judge all the results of your actions, the impact you made, for good or for bad, until the end of days. The ripple effects that keep going on, even after we do not.  Shmuel was afraid of the repercussions of his actions. Children, students, followers, etc.  (Daat Tvunot) When G-d judged Kayin for killing his brother Hebel, He said, ק֚וֹל דְּמֵ֣י אָחִ֔יךָ צֹעֲקִ֥ים אֵלַ֖י מִן־הָֽאֲדָמָֽה: It does not say the voice of the blood of your brother are crying out to me from the ground… It says the voice of the bloods of your brother. All the children that could have come from Hebel cried out to G-d for vengeance. Judgment concerns every outcome, present and future, of one’s actions.

We say שמע ישרא-ל ה’ אלוקינו ה’ אחד. Why do we mention “Listen Yisrael”, when we accept the yoke of Heaven? Because Judaism is accepting G-d in a way that it will have ripple effect, influencing other Jews. On Rosh Hashana, we are judged as to how effective we are in acting as channels to bring G-dliness into the world. מלוך על כל העולם כולו בכבודך .  How much G-dliness is there in each of our actions? (Rambam Deot 3;2)  כתבנו בספר חיים למענך אלוקים חיים. Write us in the Book of Life, so we can live our life  for You, G-d. בְּכָל־דְּרָכֶ֥יךָ דָעֵ֑הוּ וְ֝ה֗וּא יְיַשֵּׁ֥ר אֹֽרְחֹתֶֽיךָ In all your ways know Him, and He will straighten your paths (Mishlei 3) The whole religion is this passuk, because Judaism is about being a vessel to bring G-dliness into the world, into everyday life, with whatever He blessed us with. (Berachot 63a) We are being judged in Tishrei, even according to the opinion that the world was created in Nissan… because now is the time of plenty, of harvest. G-d is judging us, seeing how much we use what we have, to serve Him.

Rebbetzin R. Shemesh tells the most fascinating story that took place in Israel. An observant Jewish singer was hired, with his orchestra, to perform at a wedding.  When he arrived at the hall, he was shocked to see that wedding was inappropriately attended. Apologetically, he approached the young couple, explaining that, as an observant Jew, he could not perform at their wedding. He was never invited to play at such weddings before, and he assumed it was obvious from the type of person he is, and from the type of music he played, that he would not play at such weddings. His apology was completely sincere, but firm.

The bride and groom said, No! We are not religious, and you were hired for the event. You cannot leave us without a band! The singer, head of the group, expressed his apologies again, but told them that to perform under such conditions was against his principles. All this commotion disrupted the wedding, and in the middle of the disarray, a lawyer strode up to the singer and informed him: “It is against the law for you to not play, if you were hired and you took the job. If you leave, you will be fined in accordance with the law, $10,000!”

This silenced the whole commotion. The head of the orchestra, after a moment of thinking, apologized, but with a firm voice, told them that he would pay the $10,000, no problem. And with that, he packed up his orchestra and went home.

A little over a week later, he got the charge for the fine, and he paid it with love and joy, to show G-d how dedicated he is to His Mitzvoth. Two years passed, and he was asked to play at someone’s Pidyon Haben. He came with his band, and while he was setting up, the father and mother of the baby approached him. “Do you recognize us? Do you remember us? You left our wedding two years ago, because you do not play at the type of wedding we made. You paid us a $10,000  fine, and you are probably puzzled as to why we are inviting you again. Well, you have no idea what happened after the wedding. As we went home, shocked because of what had happened, we asked each other, where can you find people that have the strength of principle to stay firm in their values!?! Who is willing to make a fool of himself, and lose 10k, just for a belief and a value?!? Where do you find Jews like that that are so dedicated to G-d? If dedication to Torah and Mitzvoth can give you such strength of character, we, also, want to be like you. So, we started, slowly, to learn to become more connected to G-d, to His Torah and to His Mitzvoth. And now, after we had our first baby, at our Pidyon Haben, we wanted to invite you to play; we wanted to pay you back the $10k and also pay you for playing music at our Pidyon Haben. Because we wanted to tell you how your dedication to G-d melted us; it melted our Yetzer Hara.

When you are willing to give up your money, time, sleep, honor, respect, comfort, relationship, pleasure, vote or rights for something, that means you are living by that value. When you are a walking, breathing, living example of your value, you make a ripple effect, you impact others. Nothing will build your self-esteem or character like having values and living by them.

What type of meaningful impact do you strive for? To be great in Torah? To be great in prayer? To be great in relationships, kindness? That is who you are.  Judgement on Rosh Hashana is on your goals, on the direction you are headed in. The Ben Sorer Umoreh, the rebellious child, is punished, because his whole goal in life is to be זולל וסובא, to be a person who is focused on the most materialistic life possible. Although G-d judges people only as they are at the moment, באשר הוא שם, still, a person is the sum of his goals. (Siftei Chaim) Only G-d can fathom this and make judgment on it. The world is called Olam, which means hidden, for there are seven things that are obscured from mankind. 1. Day of death. 2. Day of consolation (the day when a person will be calmed from his worries). 3. Depth of judgement. 4. You will never know what is inside a person’s heart. 5. You cannot know what will bring you financial success. 6.When Mashiach ben David will come. 7. When the wicked will receive their punishment. (Pesachim 54b)

Judgment is so deep. A student once asked R Naftali Rupshitz why G-d hides the depth of judgement from us. Just as G-d revealed Himself at Mt. Sinai, once, why does He not open the Heavens, once, to show us the reward of Gan Eden and the punishment of Gehinom? The Rabbi answered: If people would see who is rewarded and who is punished in Gan Eden and Gehinom, and how, everyone would leave the religion!

The student was astounded! Why?!? The Rabbi explained: People’s vision is extremely limited. כִּ֤י הָֽאָדָם֙ יִרְאֶ֣ה לַעֵינַ֔יִם וַיקֹוָ֖ק יִרְאֶ֥ה לַלֵּבָֽב: For a person sees only that which is before his eyes, but G-d sees into the heart (Shmuel 1:16:7) If G-d opened the Heavens and people would see those who they thought were Tzaddikim being punished in Gehinom, and those who look like Wicked ones being rewarded, they would lose their minds!

The judgment of Rosh Hashana is too deep for mankind to fathom, as it entails infinite ripple effects and the deepest goals of your heart. And, most of all, it is the judgment of how much you are willing to make yourself into a channel, a vessel, for infusing the world with G-dliness. There is nothing more humbling than accepting that G-d uses you to bring his G-dliness to the world. At the closing moments of Neilah on Yom Kippur, we beg G-d to set in motion a new direction for our lives. א-ל נורא עלילה ,The G-d who is the Awesome One of the Plot, who orchestrates people’s lives in ways that they will return to Him. G-d sees the goals in your heart, your “plots”… and if you pray with enough intent, He will set everything in motion for you to make the right goals and achieve them.

How does one make the most meaningful impact? Here are the selfie steps:

← THE ART OF CONTEMPLATIONHAPPY BIRTHDAY TO YOU →