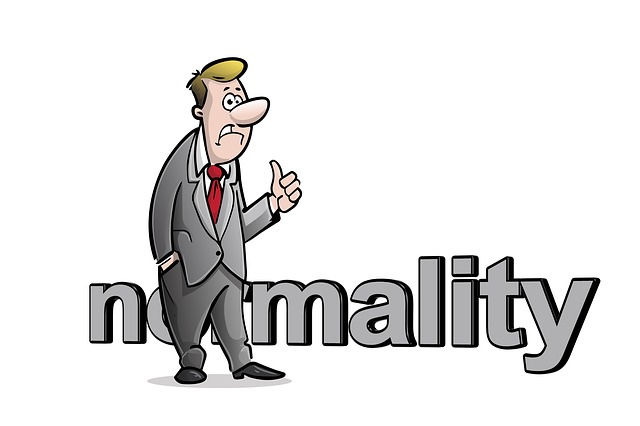 The same changes that even the greatest Tzaddikim cannot achieve during the moments of Neilah on Yom Kippur, any simple Jew can achieve with the power of a prayer and a tear that he sheds next to the candles of the eighth day of Chanukah. (Rebbe from Ruzhin. One of the greatest Hassidic Rebbes of all time.)

What? How does that make sense?? What is the power of the candles? And what is there in this time of the year that gives even a simple Jew the power to achieve more than what the greatest men of our people can achieve?

Adam Harishon saw that the days (of the winter months of his first year) were getting shorter and shorter. And he said, “Woe is to me! Maybe because I sinned, the world will become dark for me and return to emptiness and nothingness!? Maybe this is what G-d meant when He said that death will be my punishment from Heaven?!” He spent eight days in fasting and prayer… Once he realized that this was just the month of Tevet, and he saw how the days started getting longer again, he said, “This (seasonal change) is the way of the world”. He went and made eight days of holiday. The next year, he made both series of eight days into holidays. He made these days holy days, for Hashem’s sake, while the gentiles make these days (of cold and lack of sunlight) holidays for their religions (Avodah Zarah 8a).

One second. This means that Chanukkah is a holiday that Adam Harishon kept?!! What are we supposed to learn from Adam’s Chanukkah?

Adam thought that his sin was going to destroy G-d’s world. He fasted and prayed, and then realized that he had no control over the world. He realized that a person is just a cog in G-d’s huge machinery of all time. This is the way Hashem wanted His world to be, to have seasons. To have some sort of death, whether the death of mankind, or the death of winter. G-d created death and called it טוב מאוד, very good )Bereshit Rabbah 9;5).

There is a divine plan, and we are all part of it. Even the sins that we have committed are sins that G-d was well aware that we would commit. מביט לסוף דבר בקדמותו (Adon Olam) – It is up to us, though, to recognize that our past is part of our destiny, our unique story of bringing out G-dliness in the World in our own way. Similar to a flame. A flame needs something to burn for its combustion.  So too, sometimes we need to go through difficulties, through failure, through some sort of ordinary life, in order for something extraordinary to shine.

This is the concept of the Minhag of the Dreidel game, where, in contrast to the Grogger – noisemaker – of Purim held from underneath, you need to spin the Dreidel from above. To show that the miracle of Hannukah was a manifestation of the One Above spinning our world, our life, our destiny. The Jews could not get together and pray to G-d to annul the Greek decrees, for they were hiding in caves. But G-d, on His own, even without our prayers, spun the events and brought about our miracles. We are puppets in His divine plan, or better yet, we are all just dreidels being spun by G-d, for 120 years.

Let us take Reuven’s life-story, for example. His story was one of the saddest stories of Tanach. We know of only four episodes of his life, and in all four, he tried to be a good, responsible firstborn, but all his efforts resulted in somewhat of a whiplash. He was born as Firstborn, but Yaakov felt that he had really intended that night of his wedding to be with Rachel, so Firstborn rights of double inheritance portion go to Yosef, instead. Reuven saw that his mother really wanted as many children as possible, and when he saw the mandrakes in the field, the flowers known to be auspicious in enabling one to have children, he brought them home to his mother, Leah. This brought about some sort of dispute between his mother and his aunt. When Rachel saw what Reuven brought home, she asked her sister Leah for them, and Leah said to her, Is it not enough that you take my husband from me, you also want to take my son’s mandrakes?

After Rachel died, Yaakov placed his bed next to that of Bilhah, Rachel’s maidservant. Reuven could not see what he saw as something shaming his mother, Leah. How could Rachel’s maidservant have precedence over my mother Leah? When Reuven moved the beds around, the Torah intentionally uses exaggerated terms, to stress the severity of meddling with one’s father’s personal matters. “And Reuven slept with his father’s maidservant.” And, on his deathbed, his father rebuked him for tampering with the placement of his couch.

Reuven saved Yosef from being killed by the Tribes. He threw him into the pit so that they would not make a hasty decision (See Seforno). But, when he came back to the pit with a rope to rescue Yosef, Yosef was not there. The brothers wanted to kill Yosef when Reuven was absent. But Yehuda got them to sell Yosef as a slave, instead. In the blessings of Yaakov on his last day, Yaakov said that for Yehuda’s having saved Yosef’s life, royalty would go to Yehuda – מִטֶּ֖רֶף בְּנִ֣י עָלִ֑ית. Reuven would need to lose out on royalty.

The Maharshal explains why. Reuven was not only concerned with saving his brother Yosef for Yosef’s sake. He was worried, because he would not know how to come back home to his father Yaakov, not having taken responsibility for his brother Yosef.   וַיֹּאמַ֑ר הַיֶּ֣לֶד אֵינֶ֔נּוּ וַאֲנִ֖י אָ֥נָה אֲנִי־בָֽא . Royalty cannot be given to someone who has side-agendas (Siftei Hachamim). And then, in this week’s Parasha, when the Tribes needed to persuade Yaakov to let them take Binyamin down to Egypt, Reuven offers to take responsibility for Binyamin. If I do not bring back Binyamin, two of my sons will die.  Yaakov refuses Reuven’s proposal chastising him , Foolish Firstborn!!! Your sons are only your sons, and not also my sons?! (Rashi)

As much as Reuven tried to be a responsible firstborn, he was doomed to be ordinary. But, hidden in his ordinariness, G-d had a much bigger plan that He was spinning.

The Rebbe from Liska explains this Midrash, in line with the teachings of the Alshich… The Tribes suspected Yosef of being a Rasha, and they felt that it was a Mitzvah to kill him. Reuven saved Yosef, because he felt that from Heaven, he had a part in the birth of Yosef, because it was the mandrakes that he brought home to his mother Leah, that brought about Rachel giving birth to Yosef. He felt that it was not for nothing that he had this feeling, this emotion, that he was a part of Yosef’s existence. And he felt that this was from Heaven that he was to be there at just the right moment to discourage his brothers from killing Yosef. On Chanukah, each person needs to understand which direction he needs to take in life, according to how he or she is guided from Heaven. Those things that seem to be unplanned and unexpected in life, the miracles that are from Heaven, your past, are G-d guiding you, to your mission in life. Your Tafkid. (Mishneh Sachir. Killed in Aushwitz) This is the continuation of the Passuk… New ones and also old ones, My beloved, I stored for you.

Everything that we went through and go through is the fuel that needs to be combusted in order for our light to shine. Once we understand that we are ordinary puppets in a divine script, we won’t be so ordinary anymore, and our deepest prayers will be answered.