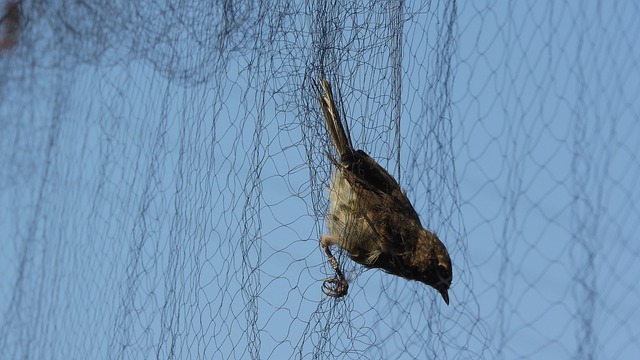 At the end of a thirteen-year cave life, R’ Shimon Bar Yochai sat at the entrance to what had been his “home”. He saw a hunter who was setting up a bird trap. The hunter scattered some seeds, so that birds would be attracted to the trap, going for the bait. R Shimon noticed that some birds would come close and almost get trapped. At that critical moment for the bird’s life, R Shimon heard a Heavenly voice. When he heard “Dimos”, “Mercy” the bird’s life was saved; if the Voice said “Spekila”, “Death,” that bird would get caught!

That is when R Shimon left the cave. (Yerushalmi Shiviit 9; 1) When he realized that he is protected. And not because he protected himself. Not because he was hiding out in some cave.

Shemitta is a whole year dedicated to internalizing I am protected, and not because I protected myself. וְכִ֣י תֹאמְר֔וּ מַה־נֹּאכַ֖ל בַּשָּׁנָ֣ה הַשְּׁבִיעִ֑ת הֵ֚ן לֹ֣א נִזְרָ֔ע וְלֹ֥א נֶאֱסֹ֖ף אֶת־תְּבוּאָתֵֽנוּ׃ And if you will ask, what will we eat in the seventh year, if we are neither planting nor harvesting our grains?!! We can’t plow, we can’t tend to our fields and orchards. This year, no one can work in agriculture -one of the main sources of income for the country. A whole year of economic crisis!!

The Netziv answers with an eye-opener. The poor are not worried about their financial state as much as the rich. The poor are used to not having bread for tomorrow, and they are used to having miracles for breakfast, lunch or supper, whenever G-d gives them food.

But the rich, successful farmer who works hard for his bread, got used to the false belief, I am protected, because I protected myself. This can be a great cause of anxiety. This year, I cannot protect myself!! What will I do? Only after the seventh year, when he sees that he is protected, and not because he protected himself, will he not worry about the eighth year… He will not ask, “What will I eat in the eighth?”.

We like to feel in control, so our natural instincts would rather that we feel safe, feel protected, because I protected myself.  This may be the reason why it is easier for us to see this truth in others than to internalize it in ourselves. R Shimon and his son had tried leaving the cave a year earlier, but then, they felt indignation at seeing people busy working for their livelihood instead of spending their time learning Torah.  After all, R’ Shimon and his son believed that G-d supports those who do His will; their work can be done through gentiles. A burning fire consumed every field they looked at. A Heavenly voice came out and said, “Did you come out to destroy My world?! Go back into your cave!!!” They returned to the cave for another 12 months. R’ Shimon practiced his belief regarding others, but when it came to himself, hiding from the Romans in a cave, he needed to internalize it even more. He needed to learn it from the birds.

This core belief is something we need to learn from the world around us. Below are the selfie steps, the self-help steps that can help one internalize this belief.

The belief that I am protected, and not because I protect myself is something that is difficult to internalize if we cannot conceptualize it.  I need to mention a joke that my Rebbi told me many times. We might already know the joke, so it won’t sound so funny. But what is funny is that we are the person in the joke, way too often.

A non-religious driver in Tel Aviv has difficulty finding a parking spot. He goes around the block a few times, but every space is taken, even the parking on the sidewalk. He is late for his meeting. He turns to G-d and says, “Master of the world! If you find me a parking spot, I swear to You that I will put on Tefillin today!” As he turns the corner for the fifth time, there it is! An open parking spot! He turns to G-d and says, “Thank you G-d, but no need to find me a parking spot. I managed without You.” Try to find all the times in your life that you were similar to that Tel Aviv driver, write them all down, and laugh at yourself.

Sometimes we need concrete tools to internalize a new belief. Here is a tool I adapted from a self-assessment checklist to assist pilots in determining their own physical and mental health before a flight. The I’M SAFE Checklist is taught early in-flight training and is used throughout a pilot’s professional career to assess their overall readiness for flight when it comes to Illness, Medication, Stress, Alcohol, Fatigue, and Emotion. If we want to fly above the emotional potholes in life, we need to assess our overall readiness for life, with a different I’M SAFE Checklist.

I Identify the stressor. What is really bothering you? What are you really anxious about?

M Make a plan and a prayer. If you prepare ahead of time for important events and make plans, you may not have to cope with as much stress later. An ounce of prevention is worth a pound of cure.  If you realize that you are dependent on G-d, it will now be easier for you to connect to Him in your prayers, before you are approaching a stressful situation.

A Air. Watch how you breathe. Air flows in and out of your body. Even without your deciding to breathe, G-d makes you keep breathing. You can’t stop breathing even if you want to, because G-d is constantly breathing life into you, from birth, until your last day. Inhaling and exhaling slowly is a great way to blow the stress out of your body, to become calmer and more relaxed.

F Focus on all the times that things “worked out” for you, in ways that were better than your wildest dreams!  On all those “parking spots” that G-d helped you find.

E Exercise. Preferably swimming. If not swimming, brisk walking. 30 minutes of exercise a day will release endorphins, and help you relax. These are great times for you to meditate on mantras like, “I am protected, and not because I protected myself”.

I was actually very stressed after I put my thoughts onto paper. I identified the stressor. I needed to give two important Torah classes, and I did not have the time to be as prepared as I usually am. So, in my mind, I quickly made a plan of the ideas that I have been thinking about, and how I could convey those ideas in the most appealing way to my audience. And then, I made my prayer, that whatever happens should be for the best.

I stopped thinking that I do not have enough content, and that I am not ready for the class. I started taking deep breaths and realizing how my breathing and my thinking are in the hands of G-d. I focused on all the classes I have given that came out amazing, even when I was not prepared as much as I believed is important. And I did all this as I was walking to my class.