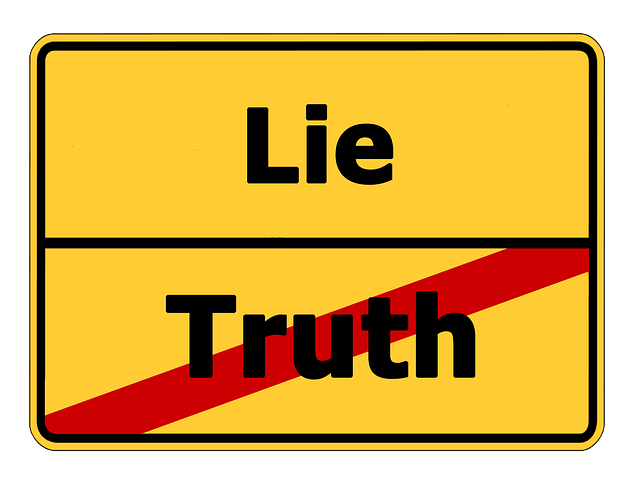 The Maharsha writes the following powerful story in the name of the Baal HaIkrim. There was once a man who was a sinner and a thief who came to a wise man to do Teshuvah. But he could not take on himself all of the laws of the Torah. They were too many. So the wise man said, Are you willing to take on yourself just one thing? The man said yes. So the wise man said, Take upon yourself not to speak any lie. He accepted.

A little while later, he was on his way to steal. A man met him on the way, and asked him where he was going. He remembered his commitment to saying only the truth. So, he told the man where he was headed. Then, he met another man, and the same thing happened. He told him as well, that he was on his way to steal. Then, he started thinking. If these two end up joining together and become witnesses to kill me… the thought was so intense that he refrained from committing his bad action.  (Maharsha Sanhedrin 92a)

It is amazing how striving for truth can be the pivot for being the best Jew possible. All of our negative emotions, i.e. anger, depression, guilt, fear, frustration, are a result of not striving for the truth as it is, in reality. Sometimes we do not look for the honest truth, because the truth can be brutal to our ego. And we naturally love the ego too much. Or we love our materialistic desires too much. Only when we strive for truth, can we love the reality G-d has given us. The Sefer Chassidim writes that someone who is careful not to speak falsely is able to bless or decree, and his words will come true.

The Torah cautions us to stay as far away as possible from falsehood; there is no other mitzvah in which we are warned to distance ourselves from something. מדבר שקר תרחק. Although dishonesty is not a sin, unless it is in court or used in trying to gain money through lying, (opinion of Ibn Ezra and some other Poskim, see Kovetz Bais Aron V’Yisroel 59:pages 70-75) it is the only thing the Torah tells us to stay far away from. Why? Because if you strive for truth, you will be the best Jew possible.  And if you lie, it is as if you are serving idols (see Sanhedrin 92a).

Why then, didn’t the Torah forbid lying, even in everyday matters, or when it clashes with peace? (B Metziah 87a) Why does it say only that we should distance ourselves from falsehood? And, if lying is so bad, why did G-d allow it to exist?

The Ben Ish Chai, in his Mashal VeNimshal (Mashal 73) relates the following story. There was once a young man named Goel. He went to sleep on the night of Rosh Hashana, but before closing his eyes, he said to himself, ‘Oh, the world is so full of lie and deceit! So many people suffer from dishonesty! How I wish that dishonesty would vanish!’

He noticed a small, black creature standing by his bed. “Who are you?!” The creature responded, “I am Sheker!” Goel tried jumping out of bed to catch this creature, but Sheker is very slippery, and Goel could not catch it. Sheker told Goel, ‘Without me, people would not be able to survive, even one day!’ Goel replied, ‘You are such a liar! The world would be a much better place without you!’ Sheker said, ‘Fine!! I will give you one day, without me! Let us see you manage for just one day without me!’ And with that, Sheker vanished, and Goel awoke.

Goel opened his eyes that morning of Rosh Hashana to see his housekeeper coming towards him, bringing a bowl of warm water for him to refresh himself. This woman was elderly, without children, and she lived in Goel’s house, cooked his food, and took care of his needs. With a smile, she said to him, ‘I bless you, my master, that this coming year be for you a year of serenity, success, good life, wealth and honor!’

Goel looked at her and said, “Your wrinkles disgust me! How I wish I did not have to see you every day, the first thing in the morning!” The elderly woman could not believe what she just heard! She threw the water at Goel’s face and left the house, swearing never to return to work for such a rude, obnoxious master…

Goel, still in his wet pajamas, wondered what he had just done. What have I just said?! Why did I talk like this, and lose the woman that has served me with all sincerity for so many years?! Goel got up and quickly went to Shul. On his way back home, he went to visit his childless uncle who had been supporting him, to wish him a good year. Instead of offering best wishes and a good year,  Goel said, ‘Oh, how nice it would be if this would be your last year! I really need some cash, and when you leave behind your wealth, I will be able to be financially independent!’

“What! I loved you so much, all these years I took care of you! I supported you! And you just wanted my money! You will not get one more dollar from me, as long as I live, and after I die!!

Goel walked out, confused at his own actions. He met his landlord. “I need to be honest and open with you about my being behind in my rent. Just now, my uncle, who I was hoping would help, decided he will never give me another dollar, and cut me out of his will.” The landlord said, If that’s the case, pack your bags immediately after Rosh Hashana!!

Broken, Goel decided to go visit his fiancée and tell her about his hard day. She always knew how to cheer him up and look at things in a positive light. But when he met her, he told her that she was not the first girl he dated and promised to marry. She was the fourth! With that, the soon-to-be bride said, “I don’t ever want to see you again.”

Poor Goel walked home a broken man. Alone in the world, without a roof after the holiday, he plopped down onto his bed and wondered what had brought him to such bad luck that day… He then realized, how much he could have used some dishonesty. How it could have come to his advantage. And he blessed Sheker, for being so right.

With that, Goel awoke. He opened his eyes to see the wrinkle-faced mistress, blessing him to have a beautiful year… Goel said to her, ‘Oh, how lucky I am to have you as my housekeeper! I love seeing your smile each morning! It really makes my day.’

The beauty of this story is that we can understand how we all need to lie, or manage the truth if not asked for it, for the sake of Shalom. Although the Signature of G-d is Emet, Truth, in the hierarchy of values, Peace is greater than Truth. The Sifri writes that G-d’s Name is Shalom. Peace. So if Peace is G-d, while Emet is just G-d’s signet ring, Peace is a higher value. The Rambam writes that the whole Torah was given in order to bring peace to the worldדרכיה דרכי נועם וכל נתיבותיה שלום  (Hilchot Hanukah). Even G-d, Himself, changed the truth when speaking to Avraham about Sarah’s words. The brothers of Yosef lied to him, when they said that their father asked him to forgive them (Yevamot 65b).

We live in a world of Sheker. And someone who tries to live with only truth will hurt himself. The world was actually created with this in mind, that it is not a place for total truth. For in a world of only truth, there is no place for man. For man is full of lies. When G-d came to make Man, חסד ואמת נפגשו, the angels disapproved, and there was a clash between honesty and kindness. Honesty said, do not create man, for he is full of deceit. Kindness said, create man, for he does kindness… G-d took Honesty and threw it to the ground. The angels asked G-d, Why are you disgracing Your Own Signet Ring? (Bereshit Rabbah 8;5)… What does all this mean?

The Tifferet Tzion (R Yitzchak Zev Yadler) writes that one cannot explain to the angels, who are spiritual, who do not have any concept of material physicality, that Tzaddikim do a Tikun to the trait of Sheker, as our rabbis teach: it is permissible to twist the truth for the sake of peace. That is why G-d threw the Emet to the ground, to give it a physical/material sense, in order to make it possible for Truth to understand the necessity of falsehood, when needed, to bring peace to the life of man.

(Email me to receive pdf of the Halachot when and where one is allowed to lie.)

← THE ARAB NEXT DOORA JEW’S SEARCH FOR SPIRITUALITY →