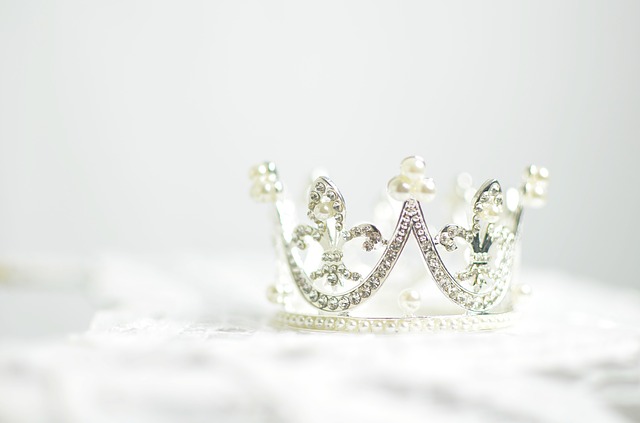 An interesting question occurred to R Yitzhak Zilberstien. A certain philanthropist made a speech about how he made his money. “All my advisors told me not to lose a certain amount of money because of Shabbat, but I lost the money anyway. In that merit, I am rich today.”

Was this appropriate? Or maybe, a person is not supposed to attribute any success to his/her merit. After all, the passuk tells us אַל־תֹּאמַ֣ר בִּלְבָבְךָ֗ בַּהֲדֹ֣ף יְקֹוָק֩ אֱלֹהֶ֨יךָ אֹתָ֥ם׀ מִלְּפָנֶיךָ֘ לֵאמֹר֒ בְּצִדְקָתִי֙ הֱבִיאַ֣נִי יְקֹוָ֔ק לָרֶ֖שֶׁת אֶת־הָאָ֣רֶץ הַזֹּ֑את: Do not say in your heart (to yourself), when G-d, your G-d, has driven them (the seven Nations of Canaan) away from before you, saying, in my merit Hashem brought me to inherit the Land…(Devarim 9;4). From these words, Rabbenu Yonah in his Shaarei Teshuva derives the golden rule – (Shaar 3; 9) A person should not accredit any successes to his/her own merit. But rather, everything that we have is a kindness from G-d… So, was the speech appropriate, or not?

R Zilberstein points out that there is a difference between the between the philanthropists citing his merit and the possuk telling us not to attribute success to our merit. It could be that the problem lies in “saying to yourself”.  But in public, to inspire other people spiritually, to motivate … that is a different story. (Chashukei Chemed Ketubot 68a)

One of our most difficult challenges is to be truly humble. Humility means that you are not entitled to anything; it is all a kindness from G-d. And what you don’t have is also a gift from G-d. So, this week, I was the guinea pig for trying to undo all my feelings of entitlement. I tried to think about all the resentments I have been holding on to. I tried undoing the underlying mistake, and in that way, getting rid of all the negative repercussions resulting from it. The plan was to mentally unentitle myself from honor, respect, dignity, rights, smiles, expectations of a returned favor… And I must say, it was very rough to accept that all I have is kindness from G-d, and that I do not deserve anything from Him. And to simply let go of all that I thought I was entitled to.

קָטֹ֜נְתִּי מִכֹּ֤ל הַחֲסָדִים֙ וּמִכָּל־הָ֣אֱמֶ֔ת אֲשֶׁ֥ר עָשִׂ֖יתָ אֶת־עַבְדֶּ֑ךָ כִּ֣י בְמַקְלִ֗י עָבַ֙רְתִּי֙ אֶת־הַיַּרְדֵּ֣ן הַזֶּ֔ה וְעַתָּ֥ה הָיִ֖יתִי לִשְׁנֵ֥י מַחֲנֽוֹת: I am smaller than (unworthy of)  all the acts of kindnesses (things I don’t deserve) and from all of the truth (things that I deserve) that You have done for Your servant, because I passed over this Jordan river with my Staff alone, and now I am two camps… (Breshit 32;11) What do those words mean? According to Rashi, the passuk means, “I received so much from G-d, so much blessing, that I have become small”. For when one realized how G-d saves him/her from danger, or when someone realizes how he/she is blessed by G-d, this makes one feel how truly undeserving he is.

But there is a Hassidic twist to these words. As the Sfat Emet teaches in the name of the Chozeh of Lublin, even humility is something to be humble about, for it, too, is a kindness from G-d.  And of all the kindnesses of G-d, the greatest is to stop feeling entitled. As the passuk says, .קָטֹ֜נְתִּי מִכֹּ֤ל הַחֲסָדִים֙

At the outset, I was not successful because the feeling of being entitled for so many years builds up a lot of muscle. I just got stuck on things from my past. It takes time to undo that feeling and free ourselves from resentment/entitlement. If I’d be able to uproot only one thing from my having been brought up in America, it is the feeling of entitlement that infiltrated into my mind/heart/psyche from Western culture. And if there is one thing that I want to preserve from my American upbringing, it is that other people are entitled to respect, dignity, space, and their spot on line…

So, what is the solution? How do we undo entitlement, before it undoes us? Judaism, of course, has the ancient and eternal solution. An emotional/psychological exercise, three times a day. You see, not only do we learn to pray three times a day from our Patriarchs, we also learn how to pray from our Patriarchs. According to Rabbenu Bachye, it is appropriate, befitting, and correct that a person meditate, while praying, on his total dependency on G-d, and how G-d is the Master to whom he is a servant. This is learnt from Yaakov’s prayer, קָטֹ֜נְתִּי מִכֹּ֤ל הַחֲסָדִים֙: Only after Ya’akov’s confession of his utter dependence upon G-d, does he ask Him to be saved from his brother Esav. ONLY AFTER THIS MEDITATION CAN WE OFFER A REQUEST! So many people complain that G-d has not answered their prayers. But real prayer is changing yourself, undoing all of your supposed entitlement. (Sefer HaIkrim 4;18)

The Rabbenu Bachye continues. Even in times of plenty, to meditate on the times we realized how we were totally dependent on G-d, as Yaakov said, that he remembers clearly how he started off at the age of 77, with nothing more than his walking staff. Everything was taken by his nephew and student, Elifaz, son of Esav, in order to spare his life.(Nedarim 64 ; Rashi 29;11)  As one of the wealthy first generation Syrian American Jews told me, “They used to call me Banana Boat (a derogatory term for Syrian immigrants and foreigners- Banana is a term for an Asian person living in a Western country, e.g., an Asian American ). Now they call me Luxury Liner! But I will never forget that I was once a Banana Boat!”

In the world of American psychology, undoing entitlement is to say that I am not more entitled than the other. Here are some signs of entitlement psychologists look for… 1. You expect the same rules that apply to others shouldn’t apply to you. For example, other people might need to start at the bottom and work their way up, but you shouldn’t have to.  2. You feel massively put upon when other people ask you for small favors, but expect that when you ask people for favors, it requires no big effort, on their part. 3. You expect other people to be more interested in you and what’s on your agenda than you’re interested in them and what’s on their agenda. You see your own interests as more interesting than other people’s, and see your goals/dreams as more valid or important than theirs. 4. You disregard rules that are intended for everyone’s comfort. For example, you ignore signs to “please not put your feet on the chairs in public places”. 5. You use programs to download music rather than pay for it. Or, you benefit from free services, shiurim, content, etc., on public platforms all the time, but never donate during donation drives.  6. You inconvenience others, without thinking. For example, you cancel appointments or reservations repeatedly. Or, you make plans with friends and then cancel without considering that your friend may have organized other plans specially to accommodate you. Or, you run into a store 1 minute before closing, without thinking about the fact you’ll be delaying the shop assistant from getting home on time. You think “it’s only 5 minutes”, without considering that the assistant may have somewhere they need to be. 7. You think it’s OK to upset or offend other people. 8. You cheat in environments that are based on reciprocity. For example, you use all the gemachs you can, but you don’t spend the same amount of time trying to give back…9. When working in groups, you think you should be the leader or get the most credit. And you don’t recognize the contributions of others or the balance of the team. (adapted from Psychology Today – Dr. Alice Boyes)

But the real solution, the only solution is to think out of your box. Not only we are not more entitled than others, but we are not entitled at all! To recognize that whatever we have, even our ability to pray, is a gift, gratis, from Hashem. As we remind ourselves before each prayer,אֲ֭דֹנָי שְׂפָתַ֣י תִּפְתָּ֑ח וּ֝פִ֗י יַגִּ֥יד תְּהִלָּתֶֽךָ: My Master! Open my lips, and my mouth will say Your prayers! Without You G-d, I can’t even open my lips to praise You!

If only we could meditate in our hearts on what we say with our lips, our social problems would be solved. We would be happier and better people. And all of our prayers would be answered.

← Bitachon with HishtadlutThe Responsibility of Could →