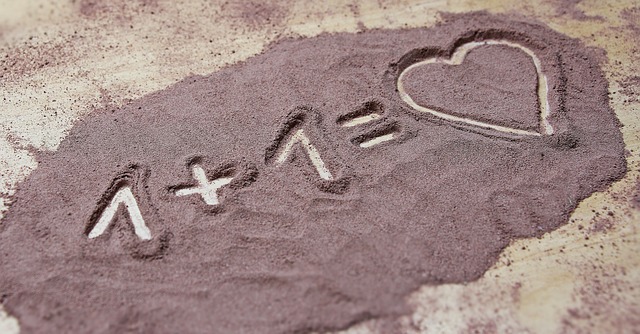 R Nissim Karelitz Zt”l was once asked the reason why some marriages are not blessed with  tranquility. Is it a budgeting issue? A cultural issue? Technology? A deficiency in communication skills? Conflict of interests, beliefs personalities, levels of religion? Or, maybe all of the above?

He answered that marriages that are not smooth sailing are those in which each one is looking for his or her own respect. If each person would be sensitive, looking out for the other’s respect, they would have a beautiful time together. If they follow the rules of respect, closeness only brings people together. The reason for so much fighting in marriages is haughtiness. Humility will never lead to disagreement.

Allow me to quote the Rambam and the Shlah regarding Shalom Bayit. The Rambam for men. And the Shlah for women.

For men only –The Rambam writes in Halacha the following: Our Rabbis commanded a man to respect his wife more than he respects himself. If he has money, he should increase his goodness towards her, in accordance with the amount of money he has. He shall not cause her fear, anxiety, stress, and his words with her should be calm. He should not be sad, melancholy, sour, angry, full of sorrow or grief. (See Rambam Ishut 15;9) Men, you are expected to be the anchor of all positivity, no matter what is going wrong.

For women only– The Shlah goes all the way. The Shlah writes the checklist for the woman that will give her total control over her husband. Here it is, word for word: The Derech Eretz for a woman is to be giving in to her husband, listening to him, and when she speaks to him, she should speak with charm and with pleading, with respect, with a sense of being undeserving, with humility. And when she does, her voice will be heard, and her will shall be done. She should always show him that she is happy, and she should keep his meal times, make him his favorite foods, put her will aside, and instead, follow his will… even if in her eyes, she totally does not understand him or agree with him! (Shlah Shaar HaOtiot Dalet- Derech Eretz)

Although Sarah was greater than Avraham in prophecy, she almost never took a stand against all that Avraham did or asked. (See Rashi Bereshit 21;12) And, he asked a lot! Moving to who-knows-where, just following a cloud, putting herself in danger for him, twice, taking her only son to Akeidat Yitzhak! Avraham said at Sarah’s Hesped, בטח בה לב בעלה Her husband’s heart trusted in her, for when he told her to say that she was his sister, she obliged.  ושלל לא יחסר And spoils, he did not lack. Because of Sarah, I became rich. As it says, גמלתהו טוב ולא רע.  (Tanchuma)

לעולם יהא אדם זהיר בכבוד אשתו שאין ברכה מצויה בתוך ביתו של אדם אלא בשביל אשתו, שנאמר ולאברם הטיב בעבורה. והיינו דאמר להו רבא לבני מחוזא: אוקירו לנשייכו כי היכי דתתעתרו. A person should always be careful to respect his wife. For the blessing that is found in a man’s house is only in the merit of his wife. As it says, And to Avraham “he” was good, for her sake. Rava would teach Bnei Mechuza -Respect your wives, so that you will become rich. (Bava Batra 59a) As great as Avraham was, he did not deserve goodness on his own. He needed Sarah’s merit. This teaches that if you are rewarded with blessing, even though you might have merit, ultimately you got that blessing, because you have a wife at home.

Why is that so? Why is it that a man has blessing, only in the merit of his wife?   לעולם יאכל אדם וישתה פחות ממה שיש לו וילבש ויתכסה כמו שיש לו ויכבד אשתו ובניו יותר ממה שיש לו, שהן תלויין בו והוא תלוי במי שאמר והיה העולם.(חולין פד’)     A person should always live within his budget regarding his level of food, drink and clothing, and he should spend on his wife and children more than his budget. Why? Because they are dependent on him, and he is dependent on the One who spoke, and the world came into being! (Chullin 84)

As mentioned in Siftei Chaim- (Emunah A, page 33), a fundamental principle of Judaism is that we are just Keilim, tools, to bring out G-dliness and His good in this world. Avraham Avinu was great, because it says, והיה ברכה – you shall be a blessing. Our Rabbis teach that the word ברוך , on a deeper level means, to connect to a greater Source, (See Kad Hakemach Bracha 1), like the word  הברכה regarding Shemitta.  Avraham was blessed by G-d to be the link between G-d and humanity, to connect humanity to G-d. By teaching people to recite a blessing over their food, and on a family level, to provide for his wife.

R Akiva was so poor at the outset of his married life that he and his wife lived in a barn. But he was a source of optimism for Rachel. As he had to pick the hay out of his wife Rachel’s hair, he promised her that when he would have the money, he would buy her an expensive piece of jewelry called,  yerushalayim shel zahav. )See Nedarim 50a) Although R’ Akiva did not have the money for such a luxury, but out of respect to her, he told her that she deserved it and he promised to give it to her when he could, something he later did.

As I was writing this story, I got a phone call from a client. This fellow learnt in Kollel for a while, and now he is trying to support himself, working in sales. He is an amazing guy, but he is struggling to keep up. His wife asked him for 635 dollars, money he just did not have. He said, no problem. I will get you the money tonight. He had no idea where he would get that money from, but he knew that if his wife asked, he would somehow get it for her. A few minutes later, his boss calls him over and says, Hey, you are doing an amazing job here at the office. I like the vibes you bring. Here is a tip. He pulls out 620 dollars from his wallet!!!!

In the classic sefer on Shalom Bayit, Bayit UMenucha from the Mashgiach of Kamenitz, R Moshe Aharon Shtern write the following:

“The Mitzvah to have children is on Men alone. Not on women. Women do not have the Mitzvah of פרו ורבו. Why not? Tosefot explains, because a woman who becomes pregnant is putting herself in the dangers of childbirth. R Meir Simcha explains, that the Torah does not ask a person to put themselves in danger.

Still, a woman is willing to get married. What more do you need to explain to the man that he owes his wife respect? Difficulty in bringing up children is a curse on women, for the sin of Chava, and raising children just gets harder in each generation. And if raising children alone is not hard enough, the woman becomes pregnant again and tries to be the best mom she can while she is not feeling herself! Hello men!!! All your wife wants from you is that you understand her, that you respect her, for even willing to be a Mom! All that she expects from you is that you can show her that you like her, even when she is wiped out, feeling horrible, and grumpy.   (See Yevamot 63a)

R’ Nissim Karelitz was once approached with a Halachic query by a man whose widowed mother was ill. She needed her married sons to take turns being with her, each night. But one of the daughters-in-law claimed it was too hard for her. R’ Nissim ruled that although there is a Mitzvah of honoring parents, a man’s commitment to be at his wife’s side comes first. After all, the husband is committed to her in his Ketubah, ואנא אפלח ואוקיר.

So how do I tap into the blessings through improving Shalom Bayit?

Here are the Selfie Steps.

Most of us want three things from the people we meet: to be understood, respected, and liked. This is parallel to the Triple A of Shalom Bayit : Attention, Affection and Appreciation.

1.By giving others our Attention…they feel Understood.

2.By displaying our Appreciation… they feel Respected.

3.When you communicate Affection, they feel Liked.

If these three are checked, your Shalom Bayit is surely off the charts!!!