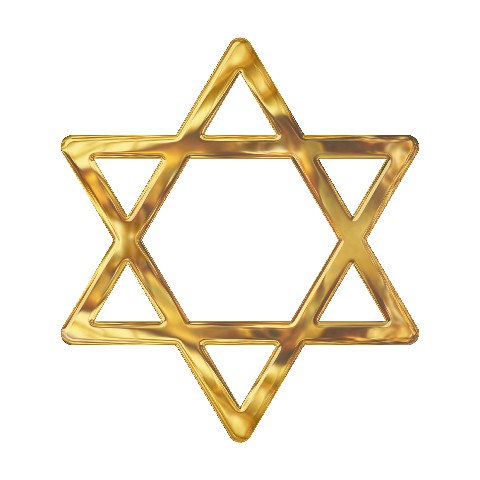 THE ART OF TWO-WAY RELATIONSHIPS

The time is perfect for Mashiach to come. Israel cannot put together a government, and after four rounds of voting, no one here in Israel has the energy to vote a fifth time. The government is a joke.  אין בן דוד בא עד שתכלה מלכות הזלה מישראל (Mashiach) Ben David will not come until the low-value kingdom finishes from Israel. (Sanhedrin 98a) The Mashiach will come in the merit of 45 tzaddikim, and we just lost 45 tzaddikim in Meron. (Ben Ish Chai, Rosh Hashana; fourth chapter) This is the year תשפ”א, of מאשפת ירים אביון. G-d will lift the impoverished of merit from the rubbish heap. We are in Erev Shmittah, and the Talmud teaches that the 6th year, there will be “Sounds”, the Seventh year will be wars, and in the Eighth year, Mashiach will come. In the ninth chapter of Zecharia, four pessukim before the passuk mentions how Mashiach will arrive on a donkey, the passuk says. תֵּרֶ֨א אַשְׁקְל֜וֹן וְתִירָ֗א וְעַזָּה֙ וְתָחִ֣יל מְאֹ֔ד וְעֶקְר֖וֹן כִּֽי־הוֹבִ֣ישׁ מֶבָּטָ֑הּ וְאָ֚בַד מֶ֙לֶךְ֙ מֵֽעַזָּ֔ה וְאַשְׁקְל֖וֹן לֹ֥א תֵשֵֽׁב:  Ashkelon shall see and fear, and Gaza – and shall quake violently-and Ekron, for the one to whom she looked was ashamed. And a king was lost from Gaza, and Ashkelon shall not be inhabited… ְוְהִכְרַתִּ֖י גְּא֥וֹן פְּלִשְׁתִּֽים, and I will cut off the pride of the Philistines. I am not sure what it means, but before Mashiach comes, there will be a lot of fear and violent quaking in Gaza and Ashkelon, and there will be no ruler in Gaza.  This week, the world witnessed a fire on Temple Mount, and as we say in our prayers of Tisha B’av in the blessing of Nachem, כִּי אַתָּה ה’ בָּאֵשׁ הִצַּתָּהּ. וּבָאֵשׁ אַתָּה עָתִיד לִבְנוֹתָהּ. Because you Hashem in fire you burnt the Temple, and in fire, You will, in the future, rebuild it.  So, why isn’t Mashiach here yet?

G-d hates one-way relationships. G-d tells us why He does not answer our prayers, וַיְהִ֥י כַֽאֲשֶׁר־קָרָ֖א וְלֹ֣א שָׁמֵ֑עוּ כֵּ֚ן יִקְרְאוּ֙ וְלֹ֣א אֶשְׁמָ֔ע, And it came about; as He called and they did not listen, so shall they call and I will not listen,…(Zecharia 7;13) The reason why He does not answer our prayers, is because we do not listen to His messages. G-d sends us messages, and we are not listening. Our hearts are closed. There is nobody home. So, G-d is not answering our prayers, either. G-d keeps talking to us. A person can learn Torah, as if it is an intellectual challenge, but never once realize that it is G-d, TALKING TO YOU!  As we bless before learning Torah המלמד תורה לעמו ישראל, the One who teaches Torah to His nation Israel. We were thrown out of our Land because we did not bless the blessing of the Torah before learning. (Bava Metziah 85b) Not because we were not learning Torah. It was all because of how we learned Torah. We learned Torah, but we did not internalize that G-d is talking to us in our deepest consciousness. We thought learning Torah was building knowledge, sharpening our minds, and, simply, how we live our everyday lives. But real Torah learning is not about building YOU. It is about building eternal, spiritual skyscrapers and the eternal you,…  וחיי עולם נטע בתוכנו, And eternal lives He implanted inside of us. When you teach your friend’s son, it is as if you gave birth to him, because you gave him eternity. (See Rashi Bamidbar 3;1) Someone who learns Torah and does not teach it, disgraces G-d, (Sanhedrin 99a), and his learning is the greatest nothingness (Md. Rabba Acharei M.)  G-d gave us His Torah so that we could be builders.. אמר רבי אלעזר, אמר רבי חנינא, תלמידי חכמים מרבים שלום בעולם, שנאמר “וכל בניך לימודי ה’ ורב שלום בניך”, אל תקרי בניך אלא בוניך..  What does this even mean?

G-d gave us 365 negative commandments, one for each limb of our body, so that even if the limb dies after 120, spiritually, the limb will live on. 365 negative commandments, one for each day of the year, so that, by keeping the commandment, the day doesn’t ever “pass away”, but remains eternal. This is what the Torah is about, freeing you from the curse of humanity, from death. “והלוחות מעשה אלקים המה והמכתב מכתב אלקים הוא חרות על הלוחות”, אל תקרא חרות אלא חירות, שאין לך בן חורין אלא מי שעוסק בתלמוד תורה… The only one who is a free man is the one who deals with Torah study. (Avot 6;2) By making each limb, each day, holy, you build your eternal self, because you took this world and you made it holy. G-d is waiting for us to build spirituality so that we are ready for the Bet Hamikdash, the epitome of spiritual transformation, the purpose of Creation.

Shavuot is not just the end of a seven-week count. Shavuot is eternal; it is the holiday of two “oaths”. We are making a vow to G-d, and G-d is making an oath to us. This is our wedding anniversary, בָּעֲטָרָ֗ה שֶׁעִטְּרָה־לּ֤וֹ אִמּוֹ֙ בְּי֣וֹם חֲתֻנָּת֔וֹ וּבְי֖וֹם שִׂמְחַ֥ת לִבּֽוֹ The crown that the Jewish Nation crowned Him on the day of His wedding, the day of our accepting the Torah. (Taanit 4;8) וְאֵרַשְׂתִּיךְ לִי, לְעוֹלָם  G-d swears that He will be married to us, forever. We count 49 days, out of anticipation of this marriage, of this two-way commitment.

If we stay up the whole Shavuot night learning without one word of interruption, we are promised that we will not die this year, and that no harm will befall us all year long. (Arizal; Shaar Hakavanot) Why does learning on the night of Shavuot, specifically, save you from death?

As we said, Shavuot is the marriage, and if we show G-d we want to spend the night with Him, we show that we are in on this relationship thing, in this two-way relationship; we are in on this marriage. Why is marriage called נישואין, with the root of נשא, which means to lift? What are we uplifting when we get married? On the night of the wedding, G-d forgives the groom for all of his sins, even if he sinned like Esav. )Yerushalmi Bikurim 3) Why??

Marriage can only work when you rise above yourself, and when you rise above your nature, when you go from being a one-way-relationship personality to a two-way-relationship personality; when you are willing to give up something that is important to you for the sake of something greater than you. Marriage means giving up of yourself for the sake of a greater you, an eternal you, for the you that will live on in your children after you die, and that is something that is considered a valid reason for G-d to forgive you for everything wrong you’ve ever done. The Torah refers to a woman as שאר, the remainder (see Vayikra 21;2), because marriage is about leaving a remainder of yourself after you pass on. That is the mission of a woman, and she is hardwired physically and emotionally to give her husband eternity.  Man must accord his wife the ultimate respect, for giving him a chance to be eternal. This is why we read Ruth on Shavuoth, because it is the story of Naomi living on, eternally, through Ruth, after Naomi was gone, as is clear from how the story begins and ends. Torah is about building eternal, spiritual skyscrapers by living a Torah-infused lifestyle. Staying up learning all night on Shavuoth is about rising above yourself, for this eternal bond, something greater than life itself.

On Shavuot and every holiday, we pray, והשיאנו , uplift us from who we are, from our one-way relationships. From our closed hearts. פתח לבנו בתורתך Open our Hearts with Your Torah. It does not say, פתח לבנו לתורתך Open our hearts to learn your Torah, because the focus of the prayer and the purpose of the Torah is to open the heart, to build a two-way, eternal, relationship. הרחמן הוא יפתח לבנו בתורתו. Help us get back into a relationship with You. The place to build this relationship is inside our hearts. This eternalness, the way to bring our Mashiach and for G-d to rebuild His Temple depends on our opening our hearts through Torah learning and a two-way relationship.

Selfie steps to get into the zone of a two- way relationship with G-d: