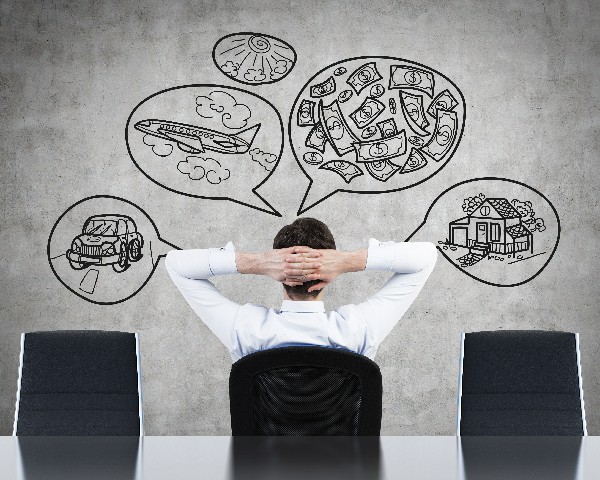 THE ART OF LIVING THE PERFECT LIFE

Our parasha, from beginning to end, displays Moshe’s leadership career as imperfectly smooth, with an imperfect generation that lived imperfect lives. This is all part of the process of Beha’alotcha, the process of growth, of success; progress is through being imperfect.

Perfectionism is sourced in haughtiness, and is the expression of an inflated ego. Inflated ego comes from not accepting yourself, with all your weakness. Acceptance and tolerance are the fruits of humility.

Perfectionism is what destroys every relationship. I deserve a husband who makes more money! I deserve a wife who is the best wife! How many boys and girls can’t go to the Chuppah, because they are not looking for the spouse “that works”, but the spouse that is the best? How many marriages are at risk, because one or both of the spouses believe that they deserve better, if not the best?

When the Torah mentions that Moshe was the humblest of men, it mentions it next to the episode that discusses that his wife Tziporah was כושית, “black”. What is the connection? Rabbenu Bachye says that Miriam suspected that Moshe had separated from Tziporah, because she wasn’t pretty enough for him. To that, the passuk says that Moshe was the humblest of men, and he never looked to see how pretty his wife was, because he never thought he deserved more than G-d gave him!

Perfectionism is what stops men from taking responsibility for their mistakes. If Adam would have taken the blame for eating the forbidden fruit and not blamed his wife Chava for offering it, what would have happened? Chava, and all women after her, would never have been cursed with being moody! If a man does not want his wife to be moody, but to be C3, cheerful, calm, and caring, he should know, there is only one way. Take the blame, take responsibility, say that you were wrong, and that you’re human, and that you learned a lesson – and watch her moodiness disappear like magic. David Hamelech, whose soul was sparked and reincarnated from Adam’s, fixed this by taking responsibility for his act with Bat Sheva, although he had a valid excuse for it. (Shabbat 56a) David’s humility is what got him out of the trouble that Shaul got himself into for not taking responsibility, for not admitting that humans are, sometimes, just not perfect. Teshuva was created before man, because man was created imperfect. חטא means sin, but also means disinfect, purify.(Bamidbar 8;21) Because the way to purity, is recognizing you made a mistake and you are human.

As imperfect a situation as we have in life, to people from the outside, from a third-person perspective, your life is more perfect than you think. Even if the Mannah and the desert were not as perfect as we wanted, when Yitro came to tell us, from outside, how lucky we are, we realized that “perfect” is dependent on perspective and point of view. When a person feels “where have the good times gone?”, for some reason, when you were back in those sunny days, you don’t remember, but you were asking the same question. It seems that the ego makes a person think that, no matter what, he always deserves more than the present situation. This causes a person to be eternally ingrateful and lead a miserable life.

When I ask a person if he feels successful, and he says no, I ask him what success means to him. If the answer is “everything going smoothly”, then this is perfectionism and is not realistic. There is a fine line between self-improvement and the search to earn approval and acceptance. It’s okay to strive for the ideal, as long as you are also okay when you fall short of it.

A perfect life is a life where you realize that you are perfectly imperfect. According to Judaism, a person should always see himself as חציו זכאי וחציו חייב, you are always in this middle ground, that one more mitzvah or one more aveirah will build you or break you, no matter how great or simple of a Jew you are! (Kiddushin 40) How many frum-from-birth feel that it is hard to be frum, because they are not frum enough? The fact that you are never religious enough does not take away from the greatness of every mitzvah, of every word of Torah, of every good deed you do! Perfectionism has infiltrated into every part of our lives. Parents would rather have a dog than bring another child into the world, who, they feel, they may not be perfect parents for. Just because the Torah teaches us that you will be brought to judgement after 120, for everything you’ve ever done, and every thought that you’ve ever had, it doesn’t mean that you will be either a Tzaddik or a Rasha, in a in an all-or-nothing way. A man who commits 100 sins is nowhere comparable to one who commits 101 sins. (Peleh Yoetz) And a man who reviews 100 times what he has learnt is nowhere near the level of a Tzaddik who has reviewed his learning 101 times. (Hagigah 9b)

The Torah is replete with lessons that a person is rewarded tremendously for each and every good act, for each effort, and Judaism is, not at all, an “all or nothing” religion. We must educate ourselves of the inestimable value and reward of each mitzvah. In our parasha, Miriam is rewarded that the whole nation of 3 million Jews waits for her for seven days, to finish her Tzara’at quarantine, because 80 years before, when she was a 6-year-old girl, she waited at the side of the Nile for 20 minutes, to see how her brother Moshe would fare. And 7 days is 500 times more than 20 minutes! (See Sotah 11; Tosefot)

We were saved from Egypt in the merit of just two Mitzvoth, Milah and Pesach, וָאֶעֱבֹ֤ר עָלַ֙יִךְ֙ וָֽאֶרְאֵ֔ךְ מִתְבּוֹסֶ֖סֶת בְּדָמָ֑יִךְ וָאֹ֤מַר לָךְ֙ בְּדָמַ֣יִךְ חֲיִ֔י וָאֹ֥מַר לָ֖ךְ בְּדָמַ֥יִךְ חֲיִֽי: The Jews were at the 49th level of impurity, but they were redeemed with just these two mitzvoth. Even though many were not ready to perform a Brit Milah, they did it, just because they could not otherwise eat the Korban Pesach, because they couldn’t resist the barbeque smell that to which G-d added some Gan Eden fragrance, (not because otherwise they wouldn’t be redeemed). And still, G-d redeemed them!

There are three things that will bring the Masiach. Teshuva, Torah learning, and waiting and hoping that he is going to come, specifically in our Kaddish prayer. At times, we feel that our Torah, teshuva, Amen Yehe Sheme Rabba, is not the way it is supposed to be. It doesn’t have to be. It wasn’t perfect when the Jews were redeemed from Egypt, either! G-d will save us from our enemies, even if the only thing we are doing right is saying Shema! (Devarim 20,3 Rashi)

מִן־הָאָ֥רֶץ הַהִ֖וא יָצָ֣א אַשּׁ֑וּר וַיִּ֙בֶן֙ אֶת־נִ֣ינְוֵ֔ה (Bereshit 10;11) Ninveh was the son of Ashur. Ashur lived in the time of Nimrod, in the time when Nimrod, king of the world, rebelled against G-d by building a big city, Babylon, with a big tower, to fight G-d. But Ashur ran away, and built a city for his son, Ninveh. And because he acted this way and did not want to take part of the “anti-G-d project” with Nimrod and Babylon, when Ninveh’s descendants sinned, many, many, years later, G-d said to Yonah that he should go and prophesy to them, and give them a last chance. G-d said, Your forefather went out of his land in My honor, that is why My prophet, Yonah, will need to go out of his land to give you a last chance.

Og helped Avraham, relaying that Lot was in trouble with the rest of Sodom during the “first World War”, and was rewarded with 500 years of life and royalty, despite his intention that Avraham would die at war and Og could marry Sarah. Nebuchadnetzar is rewarded with being king of the world, and after him, his son and grandson, because of three steps he took to edit King Merodach’s letter, for G-d’s honor!

One of G-d’s praises in Tana D. Eliyahu is that He is happy with His lot. What? How could it be that G-d is content, even though He would want more? G-d can do whatever He wants?!  G-d’s lot, His portion, is the Jewish People, כִּ֛י חֵ֥לֶק יְקֹוָ֖ק עַמּ֑וֹ (Devarim 32;9), and He gives us free choice to crown Him, with every good deed we do. He wishes we would do a better job at serving Him, but whatever we do, He is happy, He accepts us, and loves us!

Seflie Steps to accept yourself as perfectly imperfect:

← THE ART OF LIVING TORAHTHE ART OF WEARING TZITZIT →