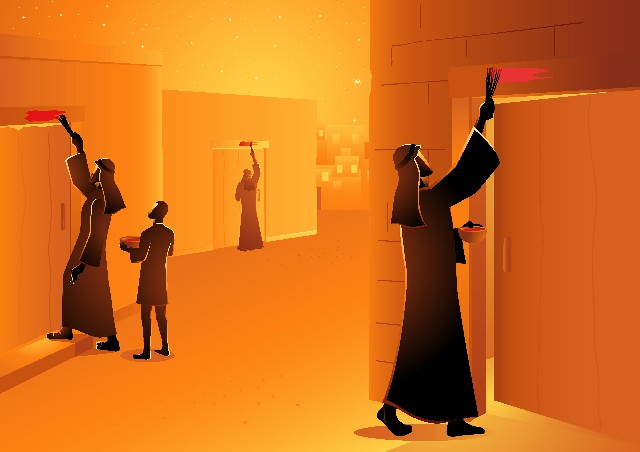 THE ART OF EXPERIENCING SHABBAT HAGADOL

The Shulhan Aruch (430 O”H) rules that this week is called Shabbat Hagadol, probably hinting that when we bless each other Shabbat Shalom this week, we should be saying Shabbat Hagadol Shalom. There are a number of reasons why this Shabbat is called Shabbat Hagadol, and if we pay close attention, each reason has a gem of inspiration in it. (I know that many have learned the reasons of why it is called Shabbat Hagadol, and many other Pesach concepts, in kindergarten. But some of the most important messages in life, are hidden in things we were taught in kindergarten. Like ‘learning is fun when you explore new things’, and ‘It’s okay to admit you were wrong and apologize’, and that ‘mistakes are good when we learn from them’. We learnt back then about sharing, being kind to each other, cleaning up after yourself, not to hit, and to only play fair. It is just we were too young to understand, to be aware of the value of those life lessons. The lessons of the Pesach and the Hagaddah, that we were taught growing up, can and should be reexamined as you grow and mature, as well.)

That year, the Shabbat before they left Egypt, turned out on the tenth of Nissan. Each Jew took a sheep, tied it to their bedpost with a knot, in a way that was not considered desecrating the Shabbat. For four days, they were to examine it, to verify that it was clean from any blemishes, and they could bring the sheep as a Pesach sacrifice on the 14th day of Nissan, to be eaten that night, at the beginning of the 15th. After slaughtering, they were to take the blood of the Pesach sacrifice and mark the doorposts of their front door, to differentiate between the Jewish homes and the Egyptian ones. The Egyptians would ask the Jew, what do you think you are doing to our god, the father Mazal of all the 12 Mazalot, the Taurus, tying it to your bedpost? The Jewish slave answered his bully master, without even the slightest intimidation, “I am going to slaughter your god, your strength, like my G-d commanded me! And then, I am going to take the blood and mark my doorpost, so that when G-d will kill the Firstborn of the Egyptians, He will skip over the Jewish homes and save the Jewish Firstborn.”

Killing the Egyptian god was not merely like sanctions on Russia. It meant to the Egyptians, that we wanted to wage war! הֵ֣ן נִזְבַּ֞ח אֶת־ תּוֹעֲבַ֥ת מִצְרַ֛יִם לְעֵינֵיהֶ֖ם וְלֹ֥א יִסְקְלֻֽנוּ: The Egyptians prepared their swords, and were ready to annihilate the Jewish people. But G-d made all the Egyptian warriors sick, and mute! They could not do anything or say anything to His people, nor where they able to untie their god from the bedposts! The frightened Egyptian Firstborn begged their fathers and Pharoah to free the Jew slaves, but the Pharoah and their fathers did not heed the Firstborns’ request. The Firstborns started a civil war, and many Egyptians died in that civil war, as it says, לְמַכֵּ֣ה מִ֭צְרַיִם בִּבְכוֹרֵיהֶ֑ם (See Mahazit Hashekel on Sh”A 430)

One answer is because on that date in the Jewish calendar, Miriam died, and on that date we celebrate the split of the Yarden. (M. Avraham(  Another answer is from  Hacham Yaakov Haddad (1872-1949). This Shabbat was very critical for the redemption of the Jews. As we know, the Jews in Egypt were idol worshippers, (M. Rabba Shir Hashirim) and did not deserve to be redeemed. So, G-d asked them specifically on Shabbat, to separate themselves from the Egyptian sheep. Why? Because anyone who keeps Shabbat according to the finest details of Halacha, G-D WILL FORGIVE THEIR EVERY SIN, EVEN THE SIN OF IDOL WORSHIP. כל השומר שבת כדת מחללו  Do not read it מחללו. Read it מוחלין לו (Shabbat 118b) מִֽשְׁכ֗וּ וּקְח֨וּ  Pull and take,  The Targum Yonatan says, means to pull back from Avodah Zara, and to take the sheep for the Korban Pesach. (Baal Haturim says משכו is numerical value of מן העבירה) The Shabbat, together with separating themselves from their idols, was the key to their forgiveness, and it is what readied them from redemption. This is why, the Shabbat itself is the big deal, it is the Shabbat HaGadol.

Let us take this a step further.  We commemorate the Shabbat because on that Shabbat in Egypt we realized how powerful Shabbat is. Not only did G-d create the world in six days, but He also has total control of nature, which He stunningly displayed throughout the ten plagues, specifically in the plague of the Firstborn. The Jews realized on that Shabbat when they were empowered to tie and slaughter the sheep, the father of the 12 mazalot, that G-d is behind all the Mazalot and can change them at any time. Despite the fact that the Mazal, the destiny drips (Nozel) from Heaven, but G-d can change the Mazal at any moment, as the Mazal itself has no power.

Another reason why it is called Shabbat Hagadol, is because that Shabbat had in it the power to generate a great redemption in that week, so the Shabbat itself is called Gadol. (Maharal Biur Hagadah) What does this mean?  The Or Hachaim teaches, not only does a person get a second Neshama for the duration of the Shabbat as hidden in the word וַיִּנָּפַֽשׁ, but the keeping the Shabbat, is the soul, the battery of the entire Creation. In other words, G-d only created the world with a six-day battery. Shabbat is the recharge for the Creation, for the next six days of the week. This explains the Talmud that says that when a person keeps Shabbat, and says Vaychulu in Kiddush, he is actually, literally, a partner with G-d in the Creation. (Shabbat 119b; See O”H Breshit 2;3)

One of the reasons why this Shabbat is called Shabbat Hagadol, is because we read in the Haftarah of Shabbat Hagadol the last passuk from Malachi, the last passuk from Tanach, about the day of Mashiach, as the day of G-d, the day that will be “Gadol”, literally big, and that will “Norah”, literally awesome. הִנֵּ֤ה אָֽנֹכִי֙ שֹׁלֵ֣חַ לָכֶ֔ם אֵ֖ת אֵלִיָּ֣ה הַנָּבִ֑יא לִפְנֵ֗י בּ֚וֹא י֣וֹם יְקֹוָ֔ק הַגָּד֖וֹל וְהַנּוֹרָֽא Ever wonder, what it means when we say in Shemoneh Esreh, the Amidah, that G-d is Gadol, literally big, and Norah, literally awesome? Big as big in size, can’t refer to G-d, because G-d is infinite, and has no size!! Gadol means in Judaism, not big in size, but big as in משפיע, influencing, leading, providing, responsible and giving. The sun is considered in Bereshit the luminary that is gadol, while the moon is the luminary that is kattan, because the sun provides the light, while the moon just receives and reflects, but does not give of itself. G-d’s being Gadol, refers to G-d’s great goodness and kindness, in how G-d made the entire Creation, billions of creatures, to be kind to all of them, and provide them all, each one its own sustenance. There is nothing that is more Gadol that G-d, as there is no provider greater than He. Norah means, awesome, that G-d can change the course of creation, at any moment, and that behind all the powers of nature, there is a One G-d. On the day of Mashiach, the great kindnesses of G-d, and His awesome Oneness and Sovereignty, will become fully clear. Nissan is the time when we were redeemed, and when G-d is going to redeem us. (Rosh Hashana 11b) This is another reason why this Shabbat is called Shabbat Hagadol. The word Chag, comes from the word Chug, which means ring or circle. The holidays, the Jewish calendar, do not go in a straight line, but more like a spiral staircase, and the holidays, have in them the same power and “spiritual lights” of the original day in history that we are celebrating. This week, this Shabbat, has in it the massive power to generate the Final Redemption, just as it generated the Exodus.

And one more point. This Shabbat is also called the Shabbat Gadol, because the Gadol, the Rabbi who has the influencer of the people, would give a big, long class, to a big crowd. In the class, he is to discuss the laws of the holiday, and the meaning of the Mitzvoth we are about to do. He is meant to inspire us, and bring us to do Teshuva. And like every week, before Shabbat Minha, he is supposed to end off his speech with encouragement to greet the Mashiach.  For this reason we say ובא לציון גואל, we mention the coming of Mashiach, by Minha Shabbat, because in the Rabbi’s speech before Minha, he would finish the Shabbat class to the masses by giving hope to the simple people who came to hear the class, about the coming of Mashiach. (Avudraham)

May we recognize G-d’s greatness and kindness, and may Hashem forgive us this Shabbat, and bring upon us The Day, that is Gadol and Norah.