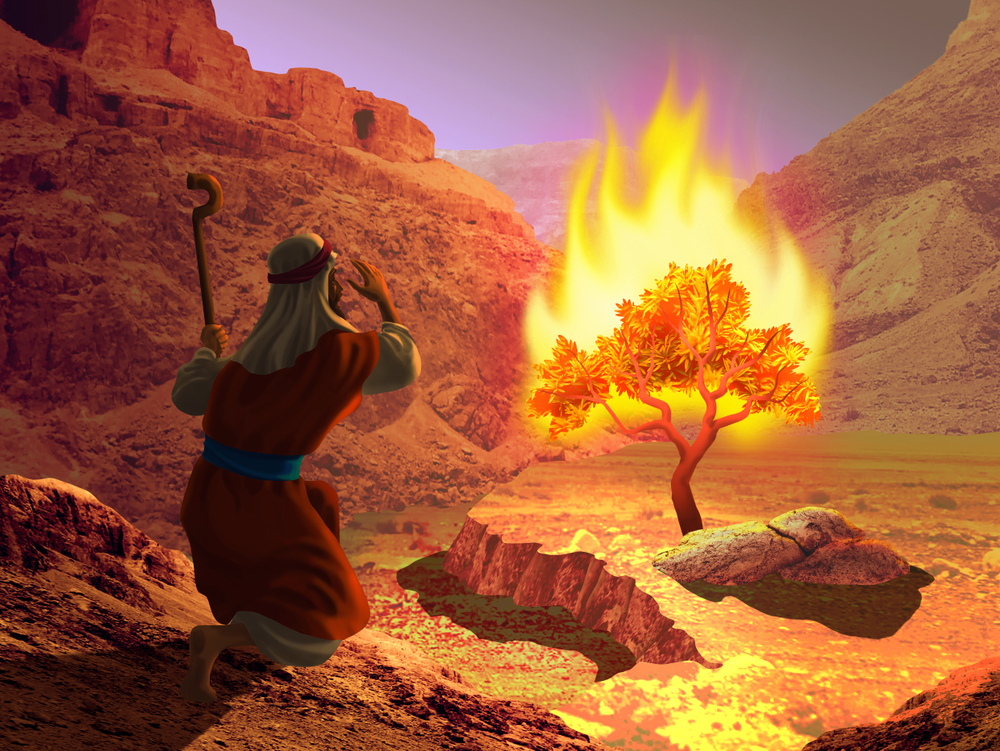 THE ART OF BEING A PLAYER

The greatest danger ahead of us in 2021 is not a split U.S.A. It is unprecedented Global Fear, Frustration, and Failure. The F3 emotional pandemic is worse than the pandemic itself. People are afraid that normal life will never come back; they are frustrated with waiting for what seems like forever, for the good times to start, and with seeing that as much as we shut down our systems, we fail to fight this war against the invisible enemy. The F3 emotions, like all emotions, spread faster than the English mutation. If my client yawns across the globe during a zoom meeting, I yawn in my 6th floor Bayit Vegan apt, in Yerushalayaim. I caught his yawn, his tiredness, from across the Atlantic, through walls, and within seconds. Jews, throughout the ages, wandered through much more difficult lands than Covidland. As in all crises, the weak may just manage to survive, while the strong minded, those who find meaning in the mess, thrive.

As you already know, I write while listening to music, to block out the sounds in my apartment. Playing now is my new favorite, “Off the Record”, by Baruch Levine, an album that is a compilation of the greatest all-time songs of Exile and Exodus. During Covid, G-d also has a song playing in the background, the Song of Songs, the story of Exile and Exodus, G-d’s favorite. It is a mistake to think that Exile, difficulties, stress, mess, is not normal. Confusion, crises, the unexpected are all default of G-d’s blueprint of the world. If you ever think that we have already gotten this world under control, that things make sense, or things are as they should be, before Mashiach comes, you always, somehow, are proven wrong.

Exile is not necessarily a punishment, as it was “blue-printed” before sin. וְהָאָ֗רֶץ הָיְתָ֥ה תֹ֙הוּ֙ And the land was confusion – this is the exile of Babylon. וָבֹ֔הוּ and nothingness – this is the exile of Media, Haman’s decrees  וְחֹ֖שֶׁךְ and darkness – this is the Greek rule over the Jews, in which they darkened the vision of the People עַל־פְּנֵי֣ תְה֑וֹם over the depth – this is the exile we are in now, that feels like there is no security of the future, seemingly endless confusion. וְר֣וּחַ אֱלֹהִ֔ים מְרַחֶ֖פֶת עַל־פְּנֵ֥י הַמָּֽיִם And the spirit of Elokim, hovering over the face of the water- these are the times of Mashiach. )B. Rabbi 2) Even if our sins brought us into exile, into confusion, into darkness, nonetheless, since the beginning of Day 1 of Creation, G-d had Exile jotted down on His calendar. The Sh’lah asks, on the Midrash of that passuk, aren’t we at the beginning of the creation of the world? Why would destruction, confusion, chaos be brought into the second sentence of the first chapter of creation, and the beginning of the story of G-d’s goodness?

And there are even more disturbing questions. When Avraham Avinu was told by G-d at the Brit Bein Habetarim that his descendants are headed for a 400-year Exile, why didn’t he pray to G-d to prevent it? Didn’t Avraham pray for Sodom, to save the wicked people? Why, then, would he not pray to prevent the Egyptian Holocaust, where Pharaoh slaughtered 150 Jewish baby boys in the morning and 150 at night, to bathe in their blood, to cure his leprosy? What about all the Jewish boys who were used as bricks for building in Egypt?

And when G-d told Avraham at that covenant of the four exiles, וְהִנֵּ֥ה אֵימָ֛ה חֲשֵׁכָ֥ה גְדֹלָ֖ה נֹפֶ֥לֶת עָלָֽיו And a big fear, darkness, fell upon him. אֵימָ֛ה Babylon, חֲשֵׁכָ֥ה Media- Haman, גְדֹלָ֖ה Greek, נֹפֶ֥לֶת עָלָֽיו Rome. (B.Rabba 44 17) Four thousand years have already passed since we became a nation, during which there have been mostly Exiles, and rarely have things been the way they are “supposed to be”. Why, at the moment of the most important covenant, the one that each year we singוהיא שעמדה  about, at the night of the Seder, proclaiming that our promised bond, our connection with G-d is inseparable, eternal, and the strongest thing in the Universe – why, at the time of this covenant, does G-d make mention to Avraham of all the messes that we will have to go through? It is like the groom telling the bride, under the Chuppah, the forecast of all the rainy days in their relationship ahead!

The answer is that, as nice as the sunny days are, only the rain forces you to come together, to share the umbrella with your loved ones. Only the rainy days bring us closer and make the relationship stronger. Although G-d created the Universe to bring goodness, goodness is not necessarily sunny days, not necessarily the American Dream. (See Rashi Devarim 1;1ודי זהב ) The greatest components of all goodness are things like self-actualization, making legends out of ordinary people. The legends are those who tap into their courage to overcome adversities and rise above challenges- and the arena for these legends to come into existence is in the mess of Exile. No biography of any legend, of any kind, is a sunshine story. All stories of legends are success stories despite adversity, stories where heroes danced through raindrops of difficulties, making meaning out of the mess and the mud. Comeback stories are always the best stories. The ultimate goodness that G-d has in His world blueprint is to enjoy a relationship with G-d, something that happens when you ask Him to be your umbrella. Only through destruction, through difficulty and adversity, can you create a world of meaning, purpose, and a relationship with G-d. This is the meaning of the three things that the Midrash tells us were the things that G-d created and classified as טוב מאוד, very good. Death, Pain and suffering, and the Yetzer Hara. (Bereshit Rabah 9,5)

So, what is the secret way out of Exile to Redemption, the belief of those who thrive and become heroes? G-d tells Moshe, in his first words, something He never says again.שַׁל־נְעָלֶ֙יךָ֙ מֵעַ֣ל רַגְלֶ֔יךָ כִּ֣י הַמָּק֗וֹם אֲשֶׁ֤ר אַתָּה֙ עוֹמֵ֣ד עָלָ֔יו אַדְמַת־ קֹ֖דֶשׁ הֽוּא: Take off your shoes, because the place upon which you are standing, is holy. Listen closely, because the difference between those who find meaning in the mess and thrive, and those who just survive, is hidden in this message. Do you believe G-d brought about this mess, because He wants you to find meaning in it and, somehow, make the best out of the options as hand? That the sand that is under your feet was put there by G-d, and the time that you and I, and everyone else, were handpicked by G-d, to exist, is 2021? Those who don’t thrive are those who feel this was all a mistake, a leak from a Chinese lab out in Wuhan, and we just have to be spectators and wait for “something to happen”. No!! G-d wants us to be the players in the game, not the spectators of the game. The heroes of the past, Amram, Yocheved, Miriam, Aharon, Moshe, Yehoshua, Yitro, Nachshon, Serah, Bitya, Kalev, Hur, Pinhas, were the players in the game; all the other “characters” in the play were spectators. And each one got eternal reward for rising to their challenges! Because they all knew that the place where they stood was holy ground, exactly the arena that G-d put them in, to win the game!

The problem we have is that we think that G-d made a mistake, He put us in the wrong arena, the wrong field, the wrong court, the wrong game! We have F3 emotions about the game we are in, afraid that we won’t win, frustrated that we are not figuring it all out and our expectations are not being met, and feeling as if we were set up, at the outset of this test, for failure. That is what the Jews felt, in Egypt. They thought that G-d would not redeem them, for His Name YKVK means that He was, is and will be. He knows that we are and were serving idols, so why would He want to redeem us? But G-d tells Moshe, tell them that they got it all wrong. Tell them אֶֽקיֶ֖ה שְׁלָחַ֥נִי אֲלֵיכֶֽם, the Name of G-d Ekyeh, sent me to you! What difference does it make, which Name sent? And what does this Name even mean? Ekyeh means, I will be. It doesn’t make a difference what you’ve done wrong in Egypt, or what you are doing wrong presently, because Egypt was the כּ֥וּר הַבַּרְזֶֽל, the place where G-d, the Alchemist, transforms you from just an ordinary piece of metal, to the purest gold, even if you became just strong enough to keep a Jewish Identity. (Melachim 1;8;51) I am redeeming, because I am looking into the future of our relationship, and into who this Nation can become. As in all exile, difficulties, mess, G-d’s approach is to create a new you, the you who thrives and transforms. The Jews thought they would have to be in Egypt more time; they thought they needed 10xYKVK, one for each of the 10 tribes who sold Yosef, which has the numerical value of 260 years. But G-d was telling them, you need only 10xEkyeh, which is only 210 years in Egypt. Ekyeh is the Name of reason why, G-d has Exile in the world’s blueprint, it is for the sake of the relationship that will become between Knesset Yisrael and G-d, because of the growth during the hard times.

G-d is closest to us in the hard times, and when there is a wall between us, He comes even closer to peak through the cracks. הִנֵּה־זֶ֤ה עוֹמֵד֙ אַחַ֣ר כָּתְלֵ֔נוּ מַשְׁגִּ֙יחַ֙ מִן־הַֽחַלֹּנ֔וֹת מֵצִ֖יץ מִן־הַֽחֲרַכִּֽים: Before we go into Exile, He hugs us, as Titus saw in the Kerubim that were on the Parochet, at the height of the destruction, and at the outset of Exile. This is all part of the relationship, and the relationship is the purpose of the Creation.