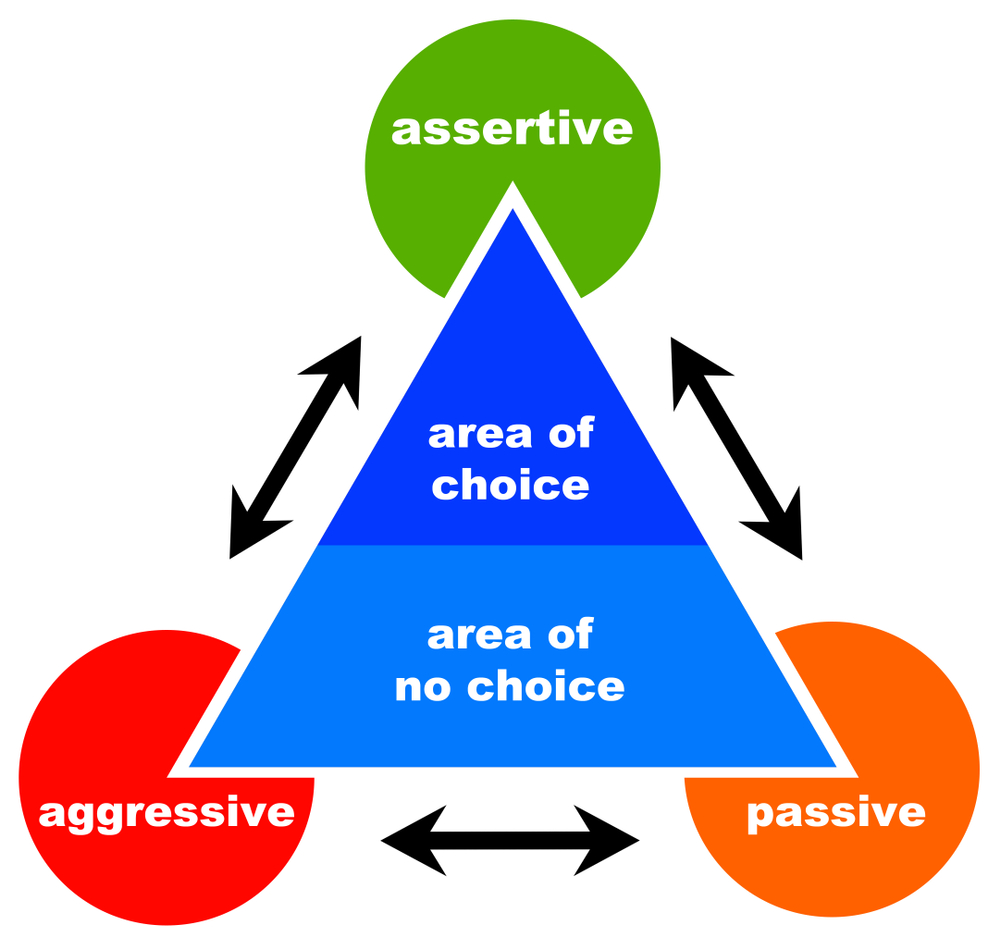 THE ART OF ASSERTIVENESS

After Adam ate from the Forbidden Fruit and transgressed G-d’s only command, G-d approached him in the most unusual way. Adam, ashamed of not heeding G-d’s command, embarrassed now that he realized that he was in the undress, was hiding. G-d asks Adam, with the first word He spoke to Man. אַיֶּֽכָּה “Where are you?” Adam answered, “I heard You coming through Gan Eden, and I was afraid, for I am naked, so I went into hiding.”

Why did G-d ask a question that He knew the answer to?  Surely G-d knows where Adam is?!?  Rashi explains that G-d wanted to open up a conversation so that Adam won’t be shocked to answer, suddenly, if he would be punished. This is how G-d approaches people and communicates with them when He has a message to relay. When approaching Kayin after Kayin killed his brother Hebel, G-d asked, Where is Hebel, your brother? When G-d approached Bilaam, He asked, Who are these people who came to visit you?

This is a fantastic lesson in people skills, of knowing how to communicate when you were mistreated, abused, or wronged—conversation instead of criticism, understanding instead of accusation, assertive instead of aggressive or passive. Allow me to explain.

R’ Shimshon Pincus asks, what was Adam supposed to answer when G-d asked him where are you? The answer is, Adam had a golden opportunity, but he blew it. Adam could have said, “I was wrong! I sinned! I was irresponsible!” If Adam had only said that he made a mistake immediately, G-d would not have been put him under trial, He would not have brought death to the world, and G-d would not have him thrown out of Gan Eden’s gates. Bilaam knew this “technique” of immediate confession, and when he was faced by the angel who had come to punish him for planning to curse the Jews, he confessed, and the angel could not punish him! The immediate confession was the difference between King David’s response to the prophet after being informed about his sin with Bat Sheva and King Saul’s response to the prophet after being told of his mistake in not killing out Amalek. This answers why even though Adam lived a life of self-infliction, of repentance, Adam could not go back to his original status, because there is nothing like repenting at the first message. G-d opens conversation first to give you a chance for confession and resolution. He sends you hints and gives you space before He acts.  If only Adam would have run into G-d’s hands with tears and regret, when G-d asked, “Where are you” the story would have had an entirely different ending.

G-d is teaching us the most crucial lesson in people skills and how to confront people. There is a spectrum of how people react to conflict, crisis, insult, unfairness, disrespect, or awkwardness. On one extreme, you have a passive approach. Better not to say anything. After all, maybe I do not have the right to be first, even when I was. Perhaps I do not have the right to say I don’t have the time, money, energy, head-space for something when I don’t. Maybe I don’t have the right to ask for a raise, although I deserve one. Perhaps the awkward relationship can never be fixed because making mistakes is not acceptable, even though I intend to learn from them. Maybe I don’t have the right to confront the person who abused me verbally, physically, emotionally, or other sorts of abuse because, for whatever reason, the abuser has some kind of privileged position in the relationship dynamic. The passive mindset is the lose/ win type, never stand up for rights, only listen, accept, surrender, never confront. Always be the doormat to the insensitive.

On the other side of the spectrum is the aggressive approach. The aggressive type is the one who has a win/lose mindset and brings about a competitive atmosphere, with an I’m right/your wrong attitude. The aggressive does not listen to others’ ideas, “It’s my way or the highway.” This, of course, alienates family and friends when one has a “me-first” mindset: recognition first, served first, and go through the door first. Even the nicest, well-meaning people can be aggressive and not take “no” for an answer. It is not that the aggressive type is in the wrong of how he thinks or feels. It is his approach that is overwhelming.

The middle of the spectrum, the healthy balance, is the assertive approach. The one who knows how to stand up for his/her rights without stepping on the feet of others and can express negative emotions without personalizing the problem. The assertive one makes reasonable requests, knows how to give feedback, and recognizes that he is relaying a message to another person. The assertive always look for a win/win. Not pushy or intimidating, not causing resistance, but inspiring confidence, honesty and openness in others. The assertive one never makes another person feel victimized or put upon, and when the assertive criticize, it is always well justified and allows the other person an honorable retreat. Somehow, the assertive one knows how to make the conversation a positive experience for everyone. By opening conversation, by giving room for win/win, by giving Adam a chance to confess, G-d teaches us how to deal with confrontation assertively and humbly.

And G-d wants His creatures to follow in His way. G-d punished Moon, to minimize itself because of its aggressive/competitive message. Moon wanted to have its light reflect G-d, not to reflect Sun. But that is not what it asked. Moon asked, Why does Sun have its own light? The way you request, whatever you ask, determines what response you will get. Moon! What is it your business what Sun has or what it does not have?!? If you want that your light should be a reflection of G-d and not of Sun, so ask for it, without putting Sun down! When G-d split the water, between the upper waters of Heaven and Earth’s lower waters, the lower waters of Earth cried that they, too, want to be close to G-d. G-d granted them grace and accepted their wish. We need to sprinkle Sea salt on every sacrifice, and on Sukkot in Temple times, we rejoice when we pour water on the Alter. Why did G-d push Moon away, לכי ומעטי את עצמך, Go, and make yourself small!, while the waters of Earth are brought close to G-d, at the most precious moments of sacrifice? Because of the way of the ask. Are you aggressive, or are you assertive?

You were born knowing how to breathe, smell, eat, cry, fill a diaper, crawl, and crave candy. You were not born knowing how to deal with people, give them space, or constructive criticism and feedback.  Assertiveness is one of the most important interpersonal relationship skills to develop to succeed in life and a skill well worth learning.

Selfie steps to express yourself assertively.

← THE POWER OF BEING PRESENTYOU ARE NOT EXCUSED →