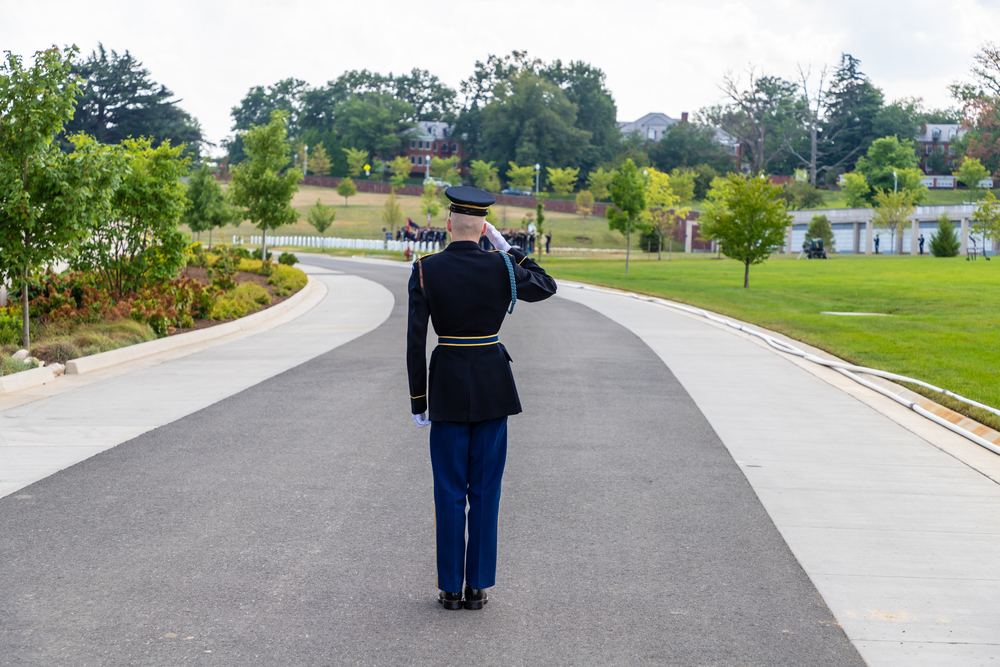 There is an age-old question: Wouldn’t it work out nicely if we had a Yom Kippur, a day of atonement and cleansing, before Judgement day, not after? Wouldn’t we be more ready for judgement, after ten days of teshuva?

Another question. The prophets Nechemia and Ezra tell the people who were crying and afraid, doing Teshuva on Rosh Hashana, Don’t mourn, and don’t cry, … Go, eat good food and drink sweet beverages, and send presents to those who do not deserve it, because today is a holy day to our Master; Don’t feel down, for the delight of YKVK is your stronghold.   (Nechemia 8:10) What is wrong if the people are doing Teshuva, having regret for their misdeeds, feeling scared of judgement on Rosh Hashana?

Rosh Hashana is not a day to regret, or to mention your sins. You should not even be eating nuts, אגוז, as they have the same numerical value as חטא, sin. Time for regret is Elul, and the days from R H until Yom Kippur. Rosh Hashana, itself, is a holiday, as it is a time of connection. One is not supposed to bring himself to tears on Rosh Hashana, because that would be focusing on your sins, putting yourself in the spotlight, not concentrating on how great G-d is and what your relationship is with Him.  The Arizal cried a lot during Rosh Hashana prayers and said that one who does not have tears “fall upon him” in these days – it shows that his soul is not complete. This does not mean tears of regret, but tears of relationship, connection and closeness.

There is an interesting word used in regard with making a relationship, or a covenant: ברית. The interesting expression is, כורת ברית. “Cutting” a covenant. Why would the term for making an everlasting relationship have the word “cutting” in it? Isn’t cutting a relationship, almost, an oxymoron? (Examples of oxymoron: sweet sorrow, deafening silence, loud whisper, seriously funny, love hate, wise fool, act naturally, alone together). I believe that the answer is that in order for you to have a relationship, you need to give up something of yourself. You need to cut something out of your “space” to make space for the new relationship. G-d will always make space for us, and this is why G-d will forever forgive us, for He is in this eternal relationship with us. He “sits” on a כסא רחמים ומתנהג בחסידות, which is the acronym of כרוב, the Cherub, that is in a relationship with the other Cherub, the Jewish People, יֹשֵׁ֖ב הַכְּרוּבִ֣ים הוֹפִֽיעָה (Tehillim 80 2) When we are in a relationship with Him, He judges us favorably and forgives. Of course, when we judge favorably, it is because we recognize the fact that there are things that we can’t possibly know. But G-d knows everything. So, what does it mean that He will judge us “favorably”? שׁ֚וּבָה יִשְׂרָאֵ֔ל עַ֖ד יְקֹוָ֣ק אֱלֹהֶ֑יךָ כִּ֥י כָשַׁ֖לְתָּ בַּעֲוֹנֶֽךָ   Return, Yisrael, to YKVK your G-d, for you have stumbled in your sin. When you have a relationship with G-d, when you return to Him, He judges you as if the sins that you’ve done are not the real you. You stumbled! It was just a blunder! כשלת ! This is how powerfully helpful it is to focus on the relationship, and not on the sin itself, and G-d will make space for you as part of His covenant.

What is the greatest cause of preventing a person from repentance? When G-d made Man, the Torah uses a very misleading word, to teach us a lesson. נַֽעֲשֶׂ֥ה אָדָ֛ם בְּצַלְמֵ֖נוּ כִּדְמוּתֵ֑נוּ Let us make Man in our image, and similar to us. (Bereshit 1; 26) This sounds like G-d was not alone in creating Man, chas veshalom!!! But, it was still worth it to use this very misleading expression, for the lesson it teaches Mankind: G-d took counsel from the Angels! What?!?  The Creator of the angels is going to consult with them, to ask for their advice?  We are being taught a lesson in humility, to ask counsel even from those smaller than us. When Moshe was writing the Torah, he said to G-d, “How can I write this passuk? It is so misleading!” G-d answered, Write it! Whoever wants to make that mistake, will make it! Even if G-d had written “I will make man”, the haughty person would misinterpret it, because he wants to. The root of all sin, of all our mistakes, of not having a relationship with G-d is haughtiness. If we learn humility, we can make space for a relationship with G-d, and there is no chance we will sin, or doubt G-d’s Oneness.

The number one cause preventing a person from doing Teshuva is feeling he is on top of the mountain, alone in his haughtiness. G-d wants us to ask another for counsel, even those who seem less important or intelligent than we are, because the other person does not have your ego, your passion, your blind spot. Rosh Hashana comes before Yom Kippur, because the first step to Teshuva is humility. Rosh Hashana is the day we recognize that G-d is King, that there is no such thing as nature, that I am not in control of my life, my world, what I have. How humbling! Rosh Hashana is the first step toward a relationship with G-d, because of the humility it brings us. By cutting out some of my ego, I can see the world from a vantage point different from my own. As a matter of fact, the whole prayer of Rosh Hashana is that I am nothing; I am not worthy; I am not ready to be judged and I will never be. How so?

There is a word that is seemingly redundant in our High Holiday prayers, the word ובכן. The Avudraham writes that when we say ובכן, this is the same ובכן as found in the passuk וּבְכֵ֞ן אָב֤וֹא אֶל־הַמֶּ֙לֶךְ֙ אֲשֶׁ֣ר לֹֽא־כַדָּ֔ת  And so, despite the fact that it is not appropriate, I will come to the king. (Esther 4 16) Esther said she was coming to King Achashverosh just because Mordechai told her to, even though, according to the palace etiquette, she should not have done so.  So, too, we approach G-d, risking His anger at our behavior, only because He has commanded us to speak to Him. This is a fundamental principle in prayer. You can have the “audacity” to come to speak to G-d when you are not ready, as long as you know and feel that you are not ready.

The humility we have, the fact that we are willing to get along with others, to join and consult with people who we may feel are ”less” than we are, is the first step to making G-d King, because what is holding us back from crowning Him is our self-centeredness and living as if we are king.וַיְהִ֥י בִישֻׁר֖וּן מֶ֑לֶךְ בְּהִתְאַסֵּף֙ רָ֣אשֵׁי עָ֔ם יַ֖חַד שִׁבְטֵ֥י יִשְׂרָאֵֽל The way we make G-d King is through being one with the rest of His people, through humility. These are the words that we say in the introductory prayer on High Holidays אוֹחִילָה לָאֵל אֲחַלֶּה פָנָיו I shall await the L-rd; I shall entreat His favor.  I shall ask Him to grant my tongue eloquence.  In the midst of the congregated nation, I shall sing His strength.  I shall burst out in joyous melodies for His works.  The thoughts in man’s heart are his to arrange, but the tongue’s eloquence comes from the L-rd. My Master, open my lips, and let my mouth declare Your praise. We do not even have the right or the merit, to open our mouths to praise Him! All we have to offer is our humility, our recognition that we can never be ready enough, worthy enough, and the fact that we are amongst His nation!

This is the flow of the three seemingly unrelated concepts of Rosh Hashana. We accept that G-d has control, and we have none; we humble ourselves, and then we reignite the relationship. Malchuyot.  This is done before G-d judges us, so that when G-d looks at all of our sins, He does not judge us as sinners, because of the renewed relationship. Zichronot.  And then, after acquiring humility and disassociating with our identity as a sinner, we are ready to do Teshuva. Shofarot, שפרו מעשיכם.

It always bothered me, coming to Rosh Hashana, proclaiming G-d is King over the world, when I did not behave like that all year. What a liar! But that is not really how it is in reality. שְׁחוֹרָ֤ה אֲנִי֙ וְֽנָאוָ֔ה  (Shir Hashirim 1;5) : – שחורה אני כל ימות השנה ונאוה אני ביום הכפורים .  I am black all the days of the year, and I am beautiful on Yom Kippur. (Midrash) How does this make sense? What an oxymoron! Black and beautiful?!

There was once a royal knight, who was asked to be on duty at the river on the outskirts of the country. He was to stand at the bridge by the river border, and at a specific time and day, the king would pass by in his chariot. Then, the knight was to salute the king. Once, it happened that the king was late.  The knight, garbed in royal splendor, began to perspire heavily.  His discomfort was so great, that he decided to take a quick dip in the river.  A minute after plunging into the refreshing waters, he was aghast to hear the sound of the king’s chariot, approaching.  How can I salute the king, in my condition of undress, he thought!!!  But, how can I not salute him?  Trembling with shame and fear, he did salute – expecting the worst of punishments.  To his relief and amazement, the king ordered that a great reward be given to this noble knight. What an oxymoron!!

לֹֽא־הִבִּ֥יט אָ֙וֶן֙ בְּיַעֲקֹ֔ב וְלֹא־רָאָ֥ה עָמָ֖ל בְּיִשְׂרָאֵ֑ל יְקֹוָ֤ק אֱלֹהָיו֙ עִמּ֔וֹ וּתְרוּעַ֥ת מֶ֖לֶךְ בּֽוֹ: He did not gaze upon the immorality in Yaakov, and sees no perversity in Israel, YKVK His G-d is with him, and the trumpet blast of a king is among him. (Bamidbar 23; 21) What does this mean? When we fight our Inclination, our Amal, and we lose, G-d does not see those sins. Why not? Because when we are fighting our inclination, we ask G-d for help, for we can’t fight our Inclination alone; we are in a relationship with Him, the King, in our hearts, תרועת מלך, from the root of רעות, friendship. (Netivos Shalom)

This year is a special year. The year is תשפ”א. This spells the word אשפת. מֵֽ֝אַשְׁפֹּ֗ת יָרִ֥ים אֶבְיֽוֹן Hashem will lift up the impoverished – the ones who lack good deeds, the ones who realize that they are never ready enough for Rosh Hashana -“from the dumps”. When we finally realize how we can never be ready enough to fathom G-d’s Kingship, G-d will bring the Mashiach, who is referred to as poor, עָנִי֙ וְרֹכֵ֣ב עַל־חֲמ֔וֹר  (Zecharia 9;9) this year, מאשפת.   Amen.