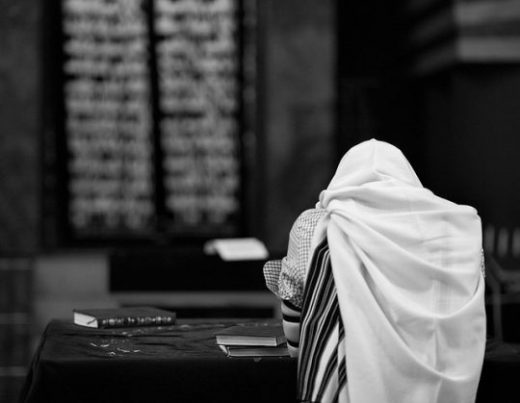 One of the most powerful parts of Selichot is, שומר ישראל שמור שארית ישראל ואל יאבד ישראל האומרים בכל יום שמע ישראל.  Oh! Watcher of Israel, Watch over the remainder of Israel, and do not allow Israel to be lost, those who say each day, Shema Yisrael. The power we have, the merit we have not to be lost is our saying Shema Yisrael.

R Shlomo Levenstien writes in his sefer “Umatok Haor” that the Pesti Herlap, Hungarian newspaper, in the times of WW1, posted a letter from a Hungarian soldier to his wife. Here it is –  word for word. “I ask you a favor. Please ask our Jewish neighbor, Chaim, to translate and explain the words “Shema Yisrael.” Because when the deadly bullets fly over our heads, and the soldiers are falling like the grain at harvest, then the Jewish soldiers cry out Shema Yisrael, and they are saved from death, while their friend soldiers that are gentiles, are killed. And right away, when Chaim explains this power of Shema to you, please let me know! This way, when I will be in danger, it will save my life!”

In Parashat Shoftim, we learn that not every Jewish soldier was allowed out to war. The Kohen would tell a person who had a new vineyard, house, or wife that he could not fight. And if he had fear, he could not go out to war. What type of fear are we talking about? Fear of sin. The Talmud tells us that what is being referred to is fear from even a sin of speaking between putting on Tefillin of the hand and Tefillin of the head. (Sotah, 44b)

And then, the Kohen said the most powerful thing that we need to remind ourselves each and every day.וְאָמַ֤ר אֲלֵהֶם֙ שְׁמַ֣ע יִשְׂרָאֵ֔ל אַתֶּ֨ם קְרֵבִ֥ים הַיּ֛וֹם לַמִּלְחָמָ֖ה עַל־אֹיְבֵיכֶ֑ם אַל־יֵרַ֣ךְ לְבַבְכֶ֗ם אַל־תִּֽירְא֧וּ וְאַֽל־תַּחְפְּז֛וּ וְאַל־תַּֽעַרְצ֖וּ מִפְּנֵיהֶֽם: The Kohen tells them, Listen Oh Yisrael! You are approaching war today on your enemies; do not fear, do not become tense, and do not be impressed by them!  Rashi reflects on the words of the Kohen, where he uses the words Shema Yisrael to begin his speech, שמע ישראל – אפילו אין בכם זכות אלא קריאת שמע בלבד, כדאי אתם שיושיע אתכם: The Kohen encouraged them before war – Even if all you have in your favor is the Mitzvah of Kriat Shema alone, you are worthy of His salvation.

This is somewhat contradictory. On the one hand, one is to fear even slight sins, like speaking between putting on tefillin of the hand and tefillin of the head.  This seems to imply that only great tsaddikim were allowed to fight.   On the other hand, just for the merit of Kriat Shema, alone, despite all other transgressions, one is worthy of being saved!!!?? How can we understand this? What merit does Shema have, that can outweigh not only minor sins like speaking between donning Teffilin, but even greater sins that a person may have that render him deserving of harm, and save the person when going out to war?

The answer seems to be that of course, if the Mitzvah of Kriat Shema is just a matter of reciting it, then it does not possess that great merit. But Rabbenu Bachye gives us a hint to solve this paradox, בזכות שמע ישראל שהוא פרשת היחוד אתם נוצחים. The merit of Shema that is the Parasha of Yichud, and in its merit you will win the war. What is the mitzvah of Yichud? Of saying that G-d is One? Of believing that G-d is One? (See Rashi Devarim 6;4. Re’em. Gur Aryeh)

The Kli Yakar (Vaetchanan 6;4) quotes the Talmud in Pesachim. (50a) The Talmud asks, why does the passuk tell us ביום ההוא יהיה ה’ אחד ושמו א’, that G-d will be One and His Name One only at the end of time, when G-d is King of all the Land? Why is G-d now, before Mashiach, not considered One? And the Talmud answers, This world is not like the next world. In this world, on good news one recites the blessing Baruch Hatov Vehametiv, and on bad news, one recites the blessing Baruch Dayan Haemet, Blessed is the Judge of Truth. But in the next world, everything is Hatov Vehametiv. In the Next World, when all the pain and sorrow are over and everyone is praising G-d, they will not see bad things happening. Then, in the times of Mashiach, it will only be ה’ אחד, One YHVH.  This is because the Name of YHVH is the Attribute of Mercy. And the Name of Elokim is the Attribute of Judgement. So in this world, before Mashiach, it is ה’ אלוקינו, a mix of Good/ Mercy and seeming Bad/Judgement. But we, His people, know that it is really the same YHVH of Mercy that will be One in the Times of Mashiach, and everything is good. But for the rest of the nations, only then, when Mashiach comes, will everyone use the Name of Mercy, of YHVH. And realize how everything is good.

With this, the Kli Yakar explains that there are many times in life when we feel confused by G-d and Judaism. Like when good things happen to bad people, or when bad things happen to good people. These puzzling occurrences make it seem as if, Chas Veshalom, G-d is inconsistent. Sometimes, He uses His Attribute of Mercy, YHVH, and times are great. But sometimes, He uses His Attribute of Judgement, Elokim, and times look bleak. Other nations of the world would simply explain these seeming contradictions by saying that there are different powers in the universe, different gods. But we believe that both mercy and judgement, the things that look good, and the things that look bad, all emanate from One power, from One G-d. ה’ אלוקינו ה’ אחד

I believe that the hardest Halacha in all Shulchan Aruch to keep is to bless Hashem for bad news with the same joy that you bless G-d for good news. (OH 222;3 230;5) To be able to say and believe that whatever G-d does is for the best. That it is all ultimately His Mercy.

The Mishna in Berachot (Berachot 60b) learns this from the Passuk we say so often, without realizing what we are saying. ואהבת את ה’ אלוקיך בכל לבבך ובכל נפשך ובכל מאודך. You have to love Hashem your G-d with all your hearts, with all your soul, and with all of your מאוד. What does that mean, to love G-d with all of your מאוד, with all your all? בכל מדה ומדה שמודד לך הוי מודה לו מאוד מאוד With whatever measure G-d measures to you, thank Him very, very much!!  The Tiferet Yisrael (on the Mishna) says that if one wants to overcome his Mazal, if he can thank G-d for the bad, he can change his luck! (Try it! It works!)

The Talmud teaches that once Hillel was coming home, and as he came close to his town, he heard screams and cries from one of the houses. Hillel said, I am sure that the cries are not from my house. How did Hillel know that his family was not the one under duress? The answer is amazing. He didn’t know. But he knew that he had trained his family to accept the bad, to bless G-d for the bad, and if something bad was happening at home, Hillel knew that they would not be screaming about it. They would take it calmly.

The secret power of Shema is, as the Tur writes, that when someone accepts painful news with love, that is “the” sign that he is G-d’s servant. And G-d will save His servants, allowing them to flip over their mazal completely, from Judgement to Mercy.