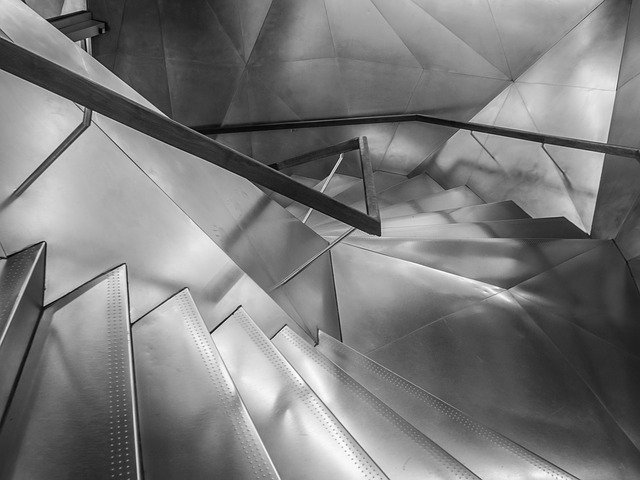 R’ Abraham J Twerski – “People often ask me, ‘Is it true that you’ve written over fifty books? How did you find time, with your busy schedule, to write so many books?’ I tell them that I did not really write fifty books. I wrote one book, in fifty different ways. Almost everything I write relates in one way or another to the theme of self-esteem. I define self-esteem as a true and accurate awareness of one’s skills, capabilities and limitations.” (By now, he has authored over 60 books.)

There is so much written on self-esteem. What is the Torah’s approach to self-esteem?

There are two sources of self-esteem; external and internal. Rabbi Noach Weinberg once said, “How great you are is not defined by how high you are on the ladder of success. It is defined by how many rungs you climbed.”  Some people built their concept of self-esteem on where they are on the ladder; others measure it by the rungs they have climbed.

Ben Zoma teaches, “Who is wise? One who learns from everyone. Who is mighty? One who overcomes his Inclination. Who is rich? One who is happy with what he has. Who is honorable? One who honors others.” (Avot 4;1)  What is the underlying thread tying these three seemingly unrelated lessons together?

Ben Zoma is teaching us that true success is internal. The more one’s success is a product of his own input, the more meaningful it will be. For example. There are two ways to support one’s self. A person can have money because he worked hard to get a PhD. And he feels self-esteem because of it. The other case is that in which a person never earned his own money. He also has a PhD, but a different type. He is rich because Pappa Has Dough. Who feels better about his financial status? Who has a healthier self-esteem? The one who achieved, or the one who inherited?  Ben Zoma teaches that what makes you great is not external achievements, blessings that were simply given to you. Rather, it is internal achievement that makes you great, that builds your self-esteem. How many rungs you climbed. Self-esteem must be earned.

The world does not respect effort without success.  Because people only respect something that can be measured. But effort can’t be seen; and people can measure only what they see. The Torah view is different from that of the world. According to the Torah, where you are on the ladder is not as important as how many rungs you have climbed. And this question is the most important question in your life, everyday of your life. Are you climbing?

Why is how much you climb more important than where you are on the ladder?

זֶ֤ה אֵלִי֙ וְאַנְוֵ֔הוּ This is my G-d, and I will build Him a Beit Hamikdash.  The word “This” teaches that at the splitting of the sea, each and every Jew pointed to G-d. R’ Chaim Shmulevitz brings out a principle of major importance for spiritual growth. “The maidservant prophesied and saw at the Sea what the prophet Yechezkel never saw his whole life!” (Mechilta Beshalach 15 2) Even though she had a prophetic vision, even though she experienced great recognition of G-d’s existence, the maidservant stayed a maidservant, while Yechezkel is of the greatest of prophets. Why?

To become a prophet like Yechezkel requires a great deal of dedicated effort. Very high level of Torah knowledge and perfection of character. The maidservant did not work to achieve this high voltage of recognition of G-d’s Might. So, after the experience, she returned to her Maidservant status. At the end of our Parasha, a very short while after the Jewish people experienced the great revelation of G-d at the Sea, they found themselves in the desert with no water to drink. They questioned G-d, הֲיֵ֧שׁ יְקֹוָ֛ק בְּקִרְבֵּ֖נוּ אִם־אָֽיִן  Is G-d amongst us, or not? This caused Amalek to come and attack.

But, wait a second. Didn’t they just have a revelation of G-d? One that was like no other revelation ever, before or after?! How could they question G-d???!!! The answer is that the maidservant remained a maidservant.  She experienced a revelation on a high spiritual level, but because she did not “climb”, herself, to get there, at the end of the revelation, she remained unchanged.

R Chaim Shmulevitz continues…This is how we can understand how Micha took his idol with him from Egypt, through the Red Sea, had it in his backpack at Har Sinai and never got rid of it. Because he never worked on himself. G-d put him on high levels, without his ever investing effort to achieve them, himself. He lacked the effort, so he never became great.

If we get to the top of the mountain without effort, it is much harder to stay on top. מִֽי־יַעֲלֶ֥ה בְהַר־ה’ וּמִי־יָ֝קוּם בִּמְק֥וֹם קׇדְשֽׁוֹ Who will go up on the Mountain of G-d? But, staying on top is an entirely different question. And who will stand in His holy place? We say this in prayers, the first day after Shabbat, and at the end of our prayers on the High Holidays, when G-d puts us on high levels, even though we have not reached those levels through our own efforts. It is one thing to reach the top of the mountain. Staying on top is something entirely different. What you worked hard for stays with you forever.

The Me’am Loez lists 15 miracles of the Mannah in the desert. It was truly the most amazing thing. Still, the Jews complained about it in parashat Behaalotcha. We remember the fish that we ate in Egypt, free of charge, the squash, the watermelon, the leeks, the onions, and the garlic. What? Why were they complaining about these foods, if they had the Manna?

The answer is that they never reached, through their own toil and striving, the level that G-d put them on. They were still at the level of an Egyptian slave. G-d wanted them to be ready for Har Sinai and the Giving of the Torah. So, He put them on the top of the ladder. But really, they never acquired that high level through their own effort, so they did not “own” their spiritual status.

R Simlai taught that when the baby is in the mother’s womb, he is taught the whole entire Torah. And these days are the best days of the baby’s life. And once it comes to the air of the world, the angel comes and slaps him on his mouth, and the child forgets all of the Torah (Niddah 30b).

Why does he forget everything he learns? Wouldn’t it be great if we never forgot the Torah? The answer is that you never grew from Torah that you did not work hard to achieve.

But why did G-d make the climb more important than the rung?

G-d made the climb more important than the rung, because He wants your Emunah. When you are climbing, striving, working hard with your whole heart and soul – that is when you build your Emunah. יגעת ומצאת תאמין. We connect with G-d the most from our efforts and our struggles. And that is how we grow and build self-esteem, from our connection with G-d.  If you achieved a goal without working hard for it, you never grew internally. You never built within yourself trust in G-d or in yourself. And if you do not grow internally, you will not make new goals, greater than the old ones you have reached. Because one goal leads to another.