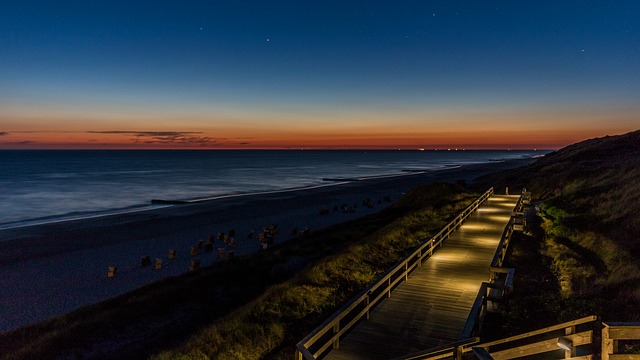 In 1973, in the summer, I was sitting, on my porch, on vacation, in Miami Beach. Looking up, at the beautiful sky, so many beautiful stars, and Hashem gave me an idea for a song. That the reason why we do not see some of the stars, is because we are not close enough to them. Had we been closer, we would definitely see the beautiful stars, the Yiddishe Neshamos. All we need, is a little love, and a little closeness. (Mordechai Ben David, intro to Hashamayim Meleim Ananim)

In what way are they like stars? The Kley Yakar answers, that just like the star that you cannot see in the light of day, although it is there, so too, some of the greatest Jews are only recognized at their eulogy. While someone is alive, there are not that many times that people say stories about their greatness. A Sheva Berachot, a Seudat Preidah, a Levaya. Other than that, we don’t get a glimpse of people’s greatness. But after one is not here anymore, after we are left in the dark, only then does ones star shine.

MBD gave me another explanation why now, after their death, there was a recount. Because in the lifetime of the people around us, we don’t see how great they are, because they are like stars. And the reason why we don’t see some of the stars is not because they are not stars, but because we are not close enough to them. And this is the reason why we are still in Exile, because we are not close enough to see the stars of each Neshama. When Yaakov wanted to reveal the date of redemption to his sons on his deathbed, he first told them to gather. וַיִּקְרָ֥א יַעֲקֹ֖ב אֶל־בָּנָ֑יו וַיֹּ֗אמֶר הֵאָֽסְפוּ֙ וְאַגִּ֣ידָה לָכֶ֔ם אֵ֛ת אֲשֶׁר־יִקְרָ֥א אֶתְכֶ֖ם בְּאַחֲרִ֥ית הַיָּמִֽים.   הִקָּבְצ֥וּ וְשִׁמְע֖וּ בְּנֵ֣י יַעֲקֹ֑ב : And Yaakov called out to his sons and he said to them, gather, and I will tell you what will happen to you at the end of time. Gather and listen sons of Yaakov…

How did we get out of Egypt? By acts of closeness. By a Miriam who was called Shifra. The Baal Haturim tells us why she is called Shifra. Because the way of a midwife is that sometimes, when the baby dies, the midwife takes the Shefoferet, this pipe or tube, of reed, and puts it into the stomach of the child, and blows into it, and this brings back the child to life. (Baal Haturim- Shemot Rabbah 1; 13)

Moshe was named by Batyah when she pulled him out of the water. The Midrash Rabbah asks, why out of all the ten names that Moshe had, did G-d call Moshe the name Moshe? Also, one can ask, grammatically correct, the name should have been משיתיהו, That I pulled him out… How did the name Moshe stick?

The Torah is teaching us, that this name Moshe stuck to show the great merit of Bitya’s kindness.  (Shemot Rabbah 1;31)  Selfless love. And this is what Bitya told Moshe when she saved him from the Nile. Just like I pulled you out of the Nile, you will pull the Jewish people out of Dead Sea. (Seforno)  When one does kindness to another, although not always does the kindness boomerang, and give you back, but sometimes it can have tremendous effects on all of humanity. Look how far an act of kindness, an act of getting close can do. Just a little TLC. Tender. Loving. Care.

The first thing G-d told Moshe at the Burning Bush was to take his shoes off. Why was Moshe asked to take off his shoes? Because when your shoes are off in the desert, you feel every grain of sand that is under your feet. G-d wanted Moshe to feel the pain of each and every Jew. And that would be the only way he could lead them out of Egypt. If you are going to lead them, you need to love them.  If you love someone, you know what bothers them.

How often do we try to feel out what bothers our spouses, family members, community members, neighbors, the Jewish Nation, or even G-d? But G-d feels the pain of each and every one of us. You know something, it is so interesting. We are all called Ivrim, Jews. The word Ivri came from Avraham Avinu, Avraham Haivri, for he came from the other side of the river to the Land of Canaan. There is also a deeper explanation why Avraham was called Ivri . כל העולם כולו מעבר אחד והוא מעבר אחד, ולכן נקרא עברי The whole world was on one side while he was on the other.  The power of one Jew is endless, that is why we are all singled out as Ivriim. In this week’s parasha, when G-d asks Moshe to relay a message to Pharoah, He prefers to be referred to as  אֱלֹהֵ֤י הָֽעִבְרִיִּים֙. (Shemot 3 18) The G-d of the Ivriim. Why is there two Yud letters in the word Ivrim? The answer is, because G-d sees Himself as the G-d of each and every Yid. Each and every Jew, G-d feels, and G-d loves, because He is so close to each and every one of us. (R Shimshon R Hirsh) Because each and every one of us has this power to shine, if only we were a little closer to each other…

← THE ETERNAL INTERNAL CONFLICTStriving to Serve →