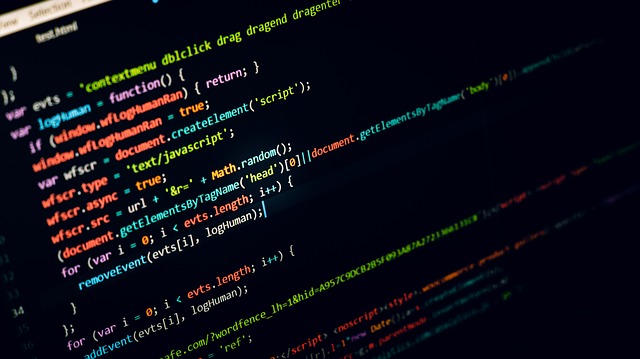 One of the most interesting items in the garments of the Kohen Gadol was the Urim Vetumim. What exactly was the Urim Vetumim? There was a parchment between the garment that held the Choshen, and the Choshen with the array of twelve stones. This parchment that had Holy Names on it was written by G-d and was found only in the times of the first Temple. The word Urim, lights, was because the letters of the Tribes would light up, to answer important questions of the Nation. The letters would light up out of order, and this would be G-d’s way of answering the question at hand, in an encrypted way. What is the word Tumim?  The word Tumim means that the Kohen Gadol needed to have Ruach Hakodesh in his heart, in order for him to understand G-d’s encrypted message (See Rabbenu Bachye and Ramban). The word Tam reflects the Middah of Tifferet, which reflects the heart and torso (See footnotes on Rabbenu Bachye on the wordsויעקב איש תם ; Bereshit 25, 27).

We find in the Tanach a few occurrences where the Urim Vetumim were used. Chana was praying at the Mishkan, in Shiloh, where Eli Hakohen was a Kohen Gadol. She was childless, and she wanted a son who would be a servant of G-d. Chana was praying with her face to the wall and her heart to G-d. She was the first ever to pray silently, very quietly. Chana was a holy woman, one of the 7 prophetesses. Her unusual behavior, praying silently while moving her hands, made Eli Hakohen wonder if she was at her senses; or if, perhaps, she was under the influence of alcohol. So, Eli approached Chana with the statement: ‘Until when will you be drunk? Rid yourself of wine!’ To which Chana responded, וַתֹּ֙אמֶר֙ לֹ֣א אֲדֹנִ֔י אִשָּׁ֤ה קְשַׁת־ר֙וּחַ֙ אָנֹ֔כִי וְיַ֥יִן וְשֵׁכָ֖ר לֹ֣א שָׁתִ֑יתִי וָאֶשְׁפֹּ֥ךְ אֶת־נַפְשִׁ֖י לִפְנֵ֥י יְקֹוָֽק:     No, my master. I am a woman that has suffered, and I did not drink wine or beer, and I poured out my soul to G-d (Shmuel 1;1; 15). Our Rabbis explain, further, what Chana was telling Eli. You are not a master in this matter. And the Shechina is not upon you, and you have no Ruach Hakodesh now, and you judged me unfavorably… And because he judged her unfavorably, Eli needed to bless her…(Berachot 31)

The Vilna Gaon asks, why did Chana not just mention that Eli judged her unfavorably? Why did she add that he was also not a master in this, and had no Ruach Hakodesh?

The Vilna Gaon’s explanation follows the line of what has been mentioned above. Eli Hakohen did not just assume that Chana was drunk. He saw it in letters lit up on the Choshen on his chest. But, the encrypted message that G-d sent through the Choshen were the letters ה כ ש ר, and Eli misinterpreted the message to mean שכרה ,  a drunken  woman. The truth, though, was one of two other possibilities: כשרה, like Sarah our Matriarch who prayed for a child. Or כשרה, a Kosher woman.

Although the Urim, the illuminated letters were precisely correct, the way they were deciphered was not “Tumim”, was not with Ruach Hakodesh. So, Chana told Eli, you misinterpreted the message, for you did not have Ruach Hakodesh.

You could be getting the most accurate messages, in life. From G-d. From your work. From your family. But it is up to you how to decipher them. Even in health, even from the best doctor, his opinion is just a subjective one, especially if there might be personal interest involved in his decision. Whenever one needs to make a medical procedure, it is so important to have a second opinion. Because as great as a doctor may be, there is only a certain degree to which he can see things objectively. Even the greatest research is subjective, up to a point, as the research, itself, is dependent on the researcher and his decision as to what to focus on.  As great as Eli Hakohen was, and he was one of the greatest people our nation ever had, and as great as the tool was to enable him to tap into messages from G-d,… because his heart was not “Tumim”, because he did not have his Ruach Hakodesh, he misinterpreted the message…

The only one who ever got G-d’s unencrypted messages exactly as they were transmitted was Moshe Rabbenu. When Moshe taught G-d’s 613 commandments, he would prophesy, using the words  זֶ֣ה הַדָּבָ֔ר אֲשֶׁ֖ר צִוָּ֥ה יְקֹוָֽק:  (Bamidbar 30; 2) This is the word that Hashem commanded. All other prophets used the words כה תאמר, So you shall say. They could not relay G-d’s word, for all they saw was a vision, and they needed to translate that vision into words. All they could relay was the message itself, but not the way it was relayed to them.

In every circumstance we find ourselves in life, G-d is sending messages to us. Through all of our senses, He sends us messages. He sends us love. He sends us compassion. He sends us kindness. Failing to seriously contemplate G-d’s encrypted messages is something that G-d is not happy about. יָדַ֥ע שׁוֹר֙ קֹנֵ֔הוּ וַחֲמ֖וֹר אֵב֣וּס בְּעָלָ֑יו יִשְׂרָאֵל֙ לֹ֣א יָדַ֔ע עַמִּ֖י לֹ֥א הִתְבּוֹנָֽן: An ox knows its owner, and the donkey knows the feeding trough of its master, but the Jewish People don’t know, My nation does not contemplate (Yeshayahu 1).

So, what is the solution? How does one tap into the ability to decipher the encrypted Messages of G-d with precision?

We have two solutions. 1. Ask your Rabbi, so that you have the Torah’s view about this, and that you don’t rely on your own subjective opinion. 2. Purify your heart. Make it Tumim. Make it humble. Keep your calm. And don’t be judgmental.